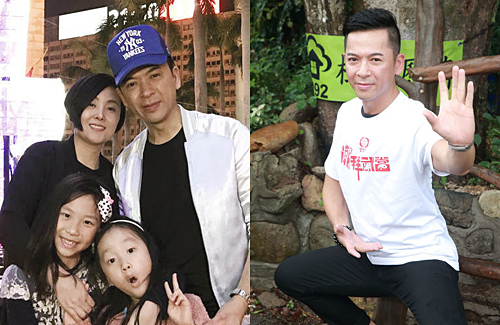 In the entertainment industry for 33 years, former TVB actor Derek Kok (郭政鴻) is a well known face among Hong Kong drama fans. In a recent interview, the 54-year-old star talks about his road to becoming an actor and the importance of family.

Studying martial arts when he was 10 years old, Derek started working as a kung fu stuntman in high school. Despite getting decent earnings as a stuntman, Derek initially took a 90 percent pay cut to play minor roles with speaking lines to fulfill his dream of becoming an actor.

It took more than ten years for Derek to wash away others’ impression of him as a stuntman and be considered a serious actor. While at TVB, Derek played diversified characters and played many villain roles. His physical agility made him a staple in wuxia and police dramas. After years of hard work and dedication, Derek finally caught his big break when he played the straight-forward and courageous Bruce Lee fan in 2008 police drama, D.I.E <古靈精探>, which displayed his comedic skills. 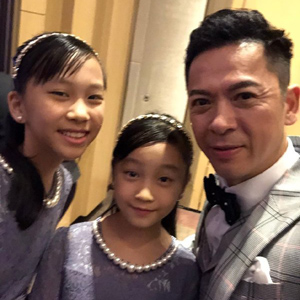 While viewers began to recognize Derek’s versatility, he decided not to renew his contract in 2015 in hopes of taking on new challenges. It was time for a change after working at TVB for 28 years. Although his work load decreased after leaving the station, his earnings increased by working in Mainland China and Derek still managed to have more personal time for family.

Known as a family man, Derek stressed the importance of putting his daughters above everything, especially after his first marriage ended in divorce in 2003.

Although Derek was rumored to be dating Joyce Tang (滕麗名) for three years while entangled with his Mainland Chinese girlfriend, both artistes tried to distance themselves from each other. Marrying his girlfriend in 2011 after the birth of their first daughter, Derek’s outlook on family has matured.

Because of his first marriage ending in divorce, Derek understands the importance of finding someone he truly loves in order to have a long-lasting marriage. He doesn’t want his own stubbornness to give his partner unhappiness.

From Kung Fu Stuntman to Actor: Spotlight on Jimmy Au