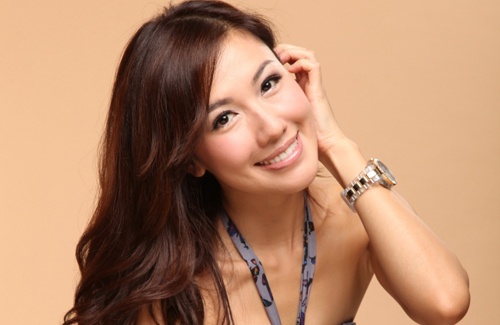 Debuting in 2003 through the Miss Hong Kong pageant, Selena Li (李詩韻) has been cast in significant roles throughout her career. Though Selena’s performances are well-received by viewers, the growth of her fanbase stagnated in the last few years since she has never truly carried a drama on her own. However, Selena has been finding greater entrepreneurial success outside of her acting career.

The 33-year-old actress only films two dramas per year and rarely attended event shows or has endorsements. A source reported that this was due to Selena’s choice to reject many job offers. Filming less has allowed Selena to focus more on her business investments.

During her six-month hiatus this year, Selena admitted that she invested in different areas. “I had no work but I still need an income. I invested a lot, also earning a lot with these investments. In the past few years, I’ve earned a few million dollars [HKD].”

Selena treated the cast of Ghost Dragon of Cold Mountain <寒山潛龍> to a luxurious Australian Wagyu beef dinner last week. It turns out that Selena is actually one of the shareholders of the restaurant, which is situated in the Central district. Though Selena only invested a small share in the restaurant, the restaurant’s majority shareholder is Selena’s rumored boyfriend Mo Xuan (巫翊鳴), the godson of Cheng Huan (清洪). Though Selena and Mo Xuan refer to each other as god brother and sister, the two have been caught kissing each other at a nightclub a few years ago.

Since breaking up with Patrick Tang (鄧健泓) in 2009, Selena has kept her private life under tight wraps. Selena denied dating Mo Xuan and said he never taught her how to invest. “He never took me to a nightclub. We haven’t seen each other in a long time. I’ve been quite busy lately, so I’m never in Hong Kong. Also, in August, my new drama starts filming.”

Selena said she has invested in several restaurants but declined to reveal how much she earned through these investments.