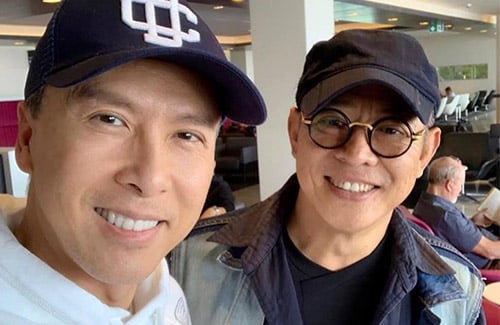 Mulan actors Donnie Yen (甄子丹) and Jet Li (李連傑) have rekindled their bromance while working on the new Disney film.

Donnie shared a selfie he took with Jet on their last day of the New Zealand set. He wrote, “Known Jet for nearly 40 years. Very happy and blessed to [have] worked together for our fourth time and wrapped up on the same day!”

Donnie and Jet’s first collaboration was in the 1992 film Once Upon a Time in China II <黃飛鴻之二男兒當自強>, in which Jet played the folk hero Wong Fei-hung and Donnie played the film’s main villain, Nap-lan. They have collaborated in two other films, including 2002’s Hero <英雄> and 2009’s The Founding of a Republic <建國大業>.