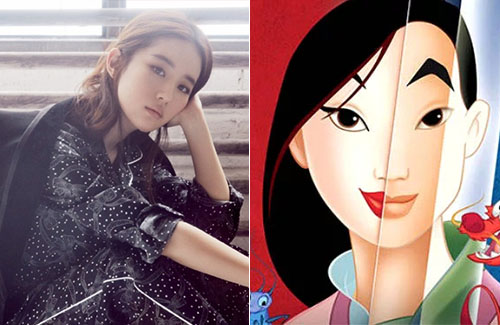 Disney’s Mulan has found its star! On November 29, Disney announced that Chinese actress Crystal Liu Yifei (劉亦菲) will be portraying the woman warrior in the upcoming live adaptation of the 1998 Disney animated musical. Mulan is set for a 2019 release.

This puts an end to Disney’s year-long worldwide search for an actress to play our favorite hero, who disguised herself as a male to take her father’s place in the war.

Crystal, who made her acting debut in 2002, is not new to Hollywood, having made her Hollywood debut in 2008’s The Forbidden Kingdom. Since then, Crystal has starred in English-language films such as 2015’s Outcast and The Chinese Widow, which was recently released.

Disney’s Mulan, the 1998 animated film, was based on the Chinese legendary hero Hua Mulan, who was first described in a ballad written in the 6th century. The musical film voice starred Ming-Na Wen as Mulan, costarring Eddie Murphy as Mushu and BD Wong as Li Shang. The live adaptation will take elements from both the Disney film and the original ballad.