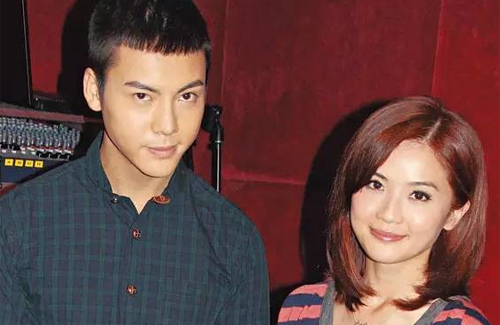 Charlene Choi (蔡卓妍) recently celebrated her 33rd birthday with several friends. Drinking heavily at the party, Charlene spilled her raw emotions, revealing that she was heavily hurt by William Chan (陳偉霆). She also implied that the men she had dated often lied to her.

Having suffered both a divorce from Ronald Cheng (鄭中基) in 2010 and subsequently a breakup this year from a four-year relationship with William, Charlene did not appear to be in great spirits despite being surrounded by close friends Kary Ng (吳雨霏) and Yumiko Cheng (鄭希怡). Although she appeared to be having great fun in the photographs that were later posted, her frail and thin frame hinted at her true emotional state.

The group started drinking at 10 p.m. and only stopped at 3 a.m. Apart from drinking, they also split into two groups – those from Emperor Entertainment Group versus Universal Entertainment – and played an old-school game of “rock paper scissors”.

As the birthday girl, Charlene was completely drunk throughout the night. The first to reach the venue, she had already started drinking before anyone else arrived, guzzling down both red wine and white wine. Slightly tipsy by the time her friends arrived, she exclaimed, “You guys are late! I’ve already drunk so much!”

Later in the night, Charlene started walking around the venue with bottles of wine, egging her friends on to drink with her, “I’ll drink with you! I’m so gracious. We from Emperor Group are so gracious!” She then approached a male friend, who refused, saying that he was already drunk. In response, Charlene protested, “You’re drunk?! Shut up! I have never seen you drunk!”

Amid all the drinking, Charlene noticed that there was a badminton court nearby and started talking about playing badminton. Charlene and William had frequently played badminton while dating, and one wonders if the thought of the badminton court had prompted Charlene to miss William again. It was clear that she had some emotional moments, and was possibly still nursing hurt feelings. In the middle of singing karaoke, she suddenly yelled, “You men! You are always lying!”

The following day, while attending an event with Gillian Chung (鍾欣桐), Charlene was asked about her birthday wishes. She said, “Let fate decide.”

As Charlene’s birthday is only a day after William’s, when they were a couple, the two often held combined birthday celebrations. According to the couple’s mutual friends, many of them only started hanging out with William because of Charlene. After the breakup, the friends drifted away from William and mocked him for spending more time in Mainland China, where he was considered to be “fresh meat”.

Sure enough, William did not celebrate his 30th birthday with friends but celebrated it with 5000 fans. He even took off his shirt at the party, flaunting his muscular body.