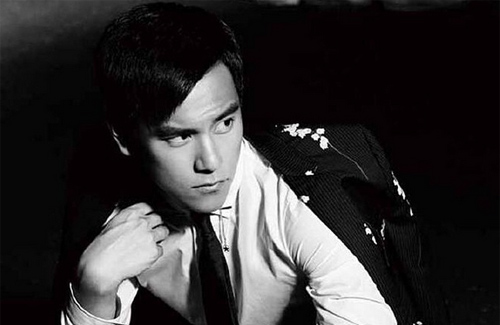 After working together on Unbeatable <激戰> and To the Fore <破風>, Hong Kong director Dante Lam (林超賢) and Taiwanese actor Eddie Peng (彭于晏) will reunite once again for the upcoming action movie, Operation Mekong <湄公河行動>.

Set in Thailand, Operation Mekong tells the story of the Mekong River massacre that occurred on October 5, 2011, during which two Chinese cargo ships were attacked by gunmen. All 13 crew members were killed, and their bodies were dumped into the river.

Because of Operation Mekong’s sensitive topic, director Dante Lam stated that he and his crew will act prudently and take things one step at a time. However, his initial problem was finding a leading man: he had originally planned to cast Louis Koo (古天樂), but the latter had scheduling conflicts and could not accept the role.

Upon hearing about Dante’s dilemma, Eddie Peng immediately flew to Bangkok to step in for Louis. To prepare for the role, Eddie also went through a series of special training, which included learning basic Thai and Burmese, training to use firearms in the style of the security guards of the Thai royal palace, and interacting with drug detector dogs.

Operation Mekong will also star mainland Chinese actor Zhang Hanyu (張涵予) and mainland Chinese actress Feng Wenjuan (馮文娟). Although Huang Xiaoming (黃曉明) was rumored to be linked to the project, it was later announced that he would be unable to participate due to his upcoming wedding with Angelababy (楊穎).

Filming for Operation Mekong, which began a few days ago, is expected to go on in Thailand until mid-October. The movie will also film in Southeast Asia, Yunnan province, and Beijing.