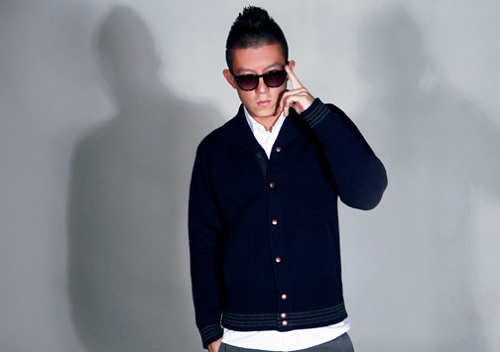 Edison Chen’s (陈冠希) photography fetish in capturing sexual acts with his past girlfriends was often criticized as obscene. Asked whether he considered his self-taken photography fetish to be a perverted act, he replied, “No.” As he had initially responded to the leaking of his nude photos with Gillian Chung (鍾欣桐) and Cecilia Cheung (張栢芝) in 2006, Edison took the photos for private pleasure, never intending them to be seen by the public eye.

Despite Edison’s notorious sexual escapades, including his involvement with then 16-year-old Cammi Tse (谢芷蕙) last November, his fashion company, CLOT, was a budding business. While Edison was a pleasure seeker, he was also a successful entrepeneur. Disney and Nike happened to be two of CLOT’s partners, developing new products together celebrating youth urban culture. Edison loved Hip Hop culture since he was a young boy growing up in Canada. Currently, he oversaw the fashion vision for his retail clothing stores, Juice, which were highly popular with youths in Hong Kong, Taipei, Shanghai, and Kuala Lumpur.

Since he was discovered at the age of 19 and won the hearts of millions of fangirls, Edison stated that he has worked very hard in his career over the last 12 years. Appearing in Los Angeles, USA, to promote his Juice brand last week, Edison noted that life in Hong Kong was constantly about work, with little room to breathe. “Asia is all about business: the club, lunch, the gym, everywhere. Out there it is like a Matrix!”

Despite this, Asia was still the central target market for Edison’s fashion brand, where demand for street culture goods, were on the rise. Edison was well traveled, found inspiration in the urban culture from overseas, and injected the inspiration into products for CLOT. Edison laughed, “One time I saw a bum wearing a bag, so we came up with a bag-hat, that looks like a bag but you wear it like a hat!”

Despite the heated “Edison-hate” that often erupted in online communities, Edison was aware of the intense reactions, but was unapologetic for who he was. The backlash that resulted after his lastest scandal with Cammi Tse did not stop Edison in his tracks, only motivating him to work harder. Edison spoke about growing the Juice brand further, “We got tons of collabos.  Hopefully, we got enough gas in the tank because there are lots of projects out there. Super love to all the people who have shown us love and support! And super love to our haters, I thank you too! Otherwise, we would not be working so hard!”

Still Has Aspirations In Entertainment Circle

Edison also revealed that he will be releasing a music album in July 2012. Regarding criticism that he had once vowed to leave the entertainment industry after the nude photo scandal in 2006, Edison noted that he had never stated that he would leave the industry forever.

The public often perceived Edison as surrounded by women in his love life, an image which he attempted to erase. Edison stated that he has not dated for a long time, drawing the line clearly at recent rumors that claimed he was still seeing Cammi Tse secretly.

At an earlier interview, Edison was spotted wearing a bracelet which was a love token from his ex-girlfriend of 5 years, Vincy Yeung–neice of Hong Kong billionaire and EEG founder, Albert Yeung. The former couple split last September. Asked if he still thought of Vincy, Edison replied simply, “Yes, I do.”

Jayne: It’s not Edison who cannot stop talking about the women in his love life, but the women, such as Gloria Wong and Cammi Tse, who sought to increase their own exposure and fame over the last year.

I do believe that Edison works hard for his money. Running a fashion business is not an easy job. Perhaps he plays hard and works equally hard.