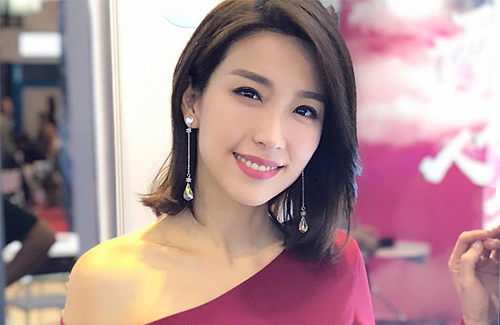 Ever since a bed photo of Elaine Yiu (姚子羚) and now ex-boyfriend Raymond Young surfaced, the actress faced claims of being a homewrecker. Stating that she had dated Raymond with the understanding that he was single at the time, Elaine hasn’t been able to completely withdraw herself from the negative news. Recently, a five-minute sex video circulated in which the woman in the clip resembled Elaine.

Although the video rapidly caught attention, many netizens came to Elaine’s defense and said that the video already existed years ago.  The similarities between Elaine and the woman in the clip was just a coincidence.

Denying that the woman in the video is her, Elaine expressed, “I’ve already responded to everything that needs responding – the person in the clip is not me! Thank you for all the concern.” Hoping that netizens will stop sharing the video on the Internet, she added, “I’m not the woman in the video. I hope that everyone will stop sharing it and protect the people in the clip. I hope the media can report more positive news moving forward and choose to spread positive energy instead.”