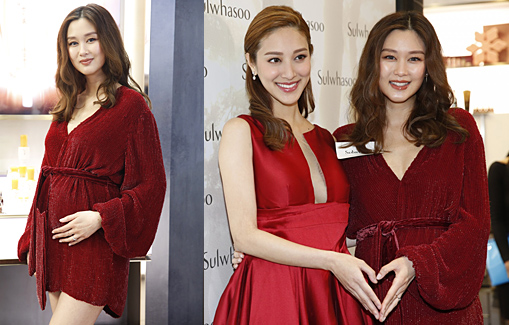 Both expecting their first babies, expectant moms Eliza Sam (岑麗香) and Grace Chan (陳凱琳) talked about their pregnancy experiences at an event today. Eliza especially felt that she needs to be more brave as she is going to be a mom who has to take care of a baby soon.

Currently six months pregnant, Eliza wore a bright red sweater dress and four-inch heels. When asked if she was wobbling a bit on stage with the heels, Eliza laughed, “There was no such thing, it was only for an hour! I changed into slippers the second I stepped off the stage.”

Eliza revealed that she has definitely matured now that she has a baby on the way. Having always been afraid of bugs, the 34-year-old actress said, “I’ve always been scared of cockroaches, but lately I’ve been telling myself that I shouldn’t be like this. I need to take care of a child in the future so I need to be brave. That’s when I got a tissue and killed the bug myself.”

Meanwhile, Eliza’s husband Joshua has been doing a lot of research on what to buy in order to make her and the baby more comfortable. Asked if she has been asking her husband for favors, Eliza laughed and said she doesn’t do it too often as she doesn’t want to be treated like a princess.

Grace, who was also in a red dress which showed off her cleavage, praised Kevin Cheung (鄭嘉穎) for making her soup and taking good care of her. She exclaimed, “He makes me winter melon soup with meat and ham. Even though it was his first time making it, it was really good! [What about for next time?] How about fish gelatin? I’m kidding! It’s best not to be so demanding, he does a really great job every day already.” 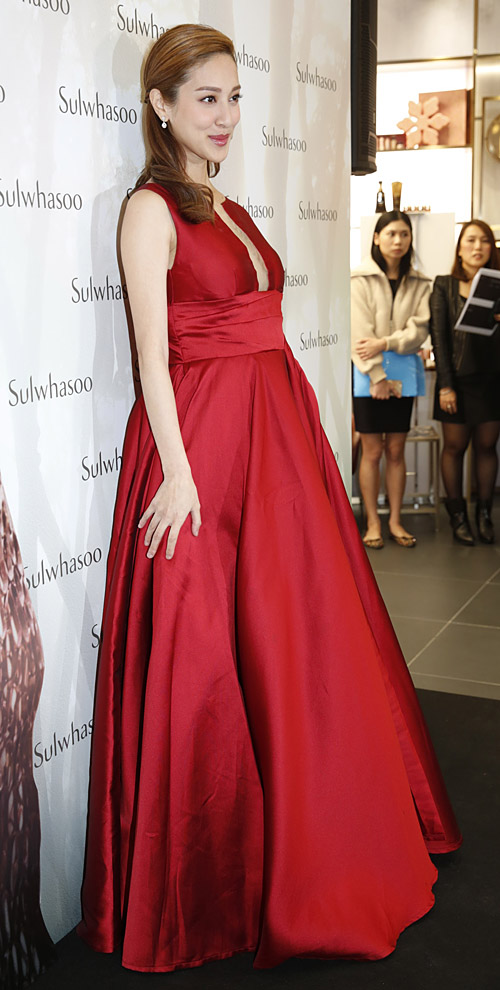