Actor Evergreen Mak (麥長青) left his 32-year-career at TVB this year and joined ViuTV to film new travel program C9 Tour Group <C9旅行團>, where he traveled to Taipei and Yilan with King Kong Lee (金剛) and a group of housewives. Reflecting on his journey, Evergreen revealed he developed an appreciation for travelling and wished he had a chance to travel with his younger brother, who passed away due to cancer. Experiencing many ups and downs in his life, the 51-year-old actor is still filled with optimism.

Travelling and Spending Time with Family

After travelling with his companions, Evergreen urges everyone to travel with their elders and family, and to spend more time with them. “I was always busy and rarely traveled with my parents. Even having tea and dinner with them was difficult. When I travel, I would think about my late brother. I am sorry that he passed away early and I didn’t travel with him. I remember he wanted to go to Japan, but he didn’t even have a chance to go on an airplane.”

Duty to Take Care of Family

In the early days of Evergreen’s career, his income was unstable, and he relied on his credit cards to pay the bills. Unfortunately, Evergreen’s mother and brother were both diagnosed with cancer at the same time and Evergreen took in million dollars (HKD) of debt in order to pay for their medical expenses. For many years, Evergreen lived with huge financial burden, but he never complained.

Sharing his experiences, Evergreen said, “Men need to be able to carry all the burden. My parents took care of for most of my life. It’s time to take care of them. How can we let them bear the stress?”

Evergreen believes that each of his experiences enrich his life and help developed his acting skills. “Arriving to this world is like walking in a circle. Whether it is meaningful depends on the memory of the journey. Feel the seven emotions and the six desires of the world.  The rainbow is beautiful because of its seven colors. Life is amazing because of its highs and lows.”

After leaving his 32-year-career with TVB, Evergreen will be stepping outside his comfort zone. Describing his decision, Evergreen described TVB as a Shaolin Temple, where he learned “32 years of kung fu” and acquired many skills. “I won’t dare to say I mastered everything, but I want to leave to test out my skills. At this age, I also have an obligation to take care of my family, and people ask if my decision is correct. Fortunately, my wife and children are supportive. My daughter said if I’m happy, I should do what I want. It will be okay even if we only eat congee.”

Evergreen hopes to share his life experience with his children to make their paths in life easier, even if they think he is annoying, “Back then, my father didn’t do this, and I kept trying and bumping into things. By the time I figured things out, my hair already turned white. I wished that there was someone who guided me, and I would only need to run forward. My children may not believe what I say, maybe they will understand if they experience it.”

Filled with optimism, Evergreen will only look forward in life. “The only thing that remains the same in the world is constant change. Every day, you don’t know what will happen next. Don’t look back. As long as you move forward and have confidence in yourself, don’t be afraid of being slow. Just don’t stand still and retreat. The most important thing is to move forward.” 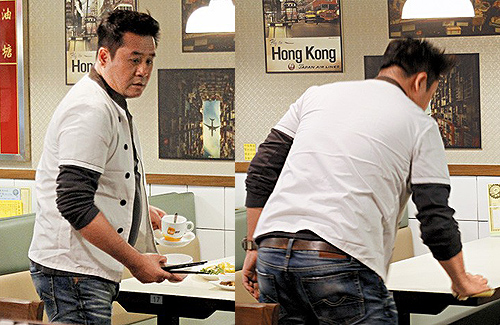 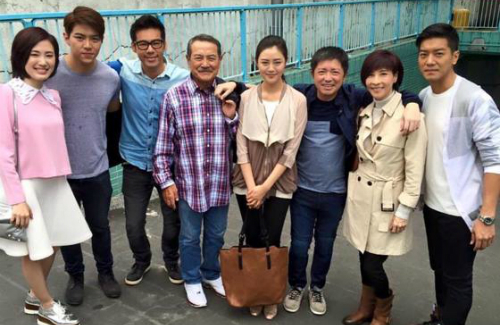