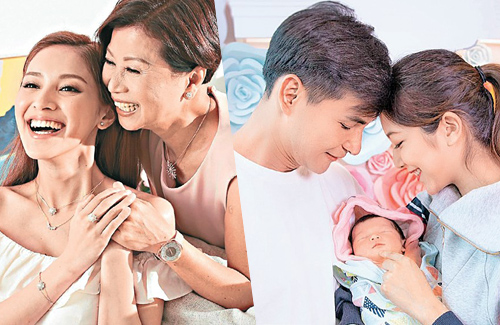 Giving Your Children the Best 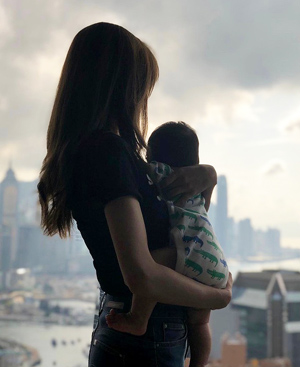 Giving birth to son Rafael on Valentine’s Day, Grace Chan finally understands how noble a mother’s love is. “Ever since he was born, my life has undergone a transformation. I never thought I would get married and become a parent at the starting phase of my career, but being a mom really feels happier than everything I have gotten in the past.”

The arrival of Rafael has added liveliness and heartwarming joy to the family. Grace only hopes for their baby to grow up healthy and happy. Seeing Rafael also reminded her of her mom’s selfless love and care back when Grace younger. “In Canada, Mom gave up her work to be a full-time housewife. I remember most fondly how she would prepare a warm, spicy meal for me and put it in the school locker, so we could enjoy a hot lunch every day. She also drove us to and from school every day,”

Hoping to pass down this legacy of giving the best nourishment to her own child, Grace insists on feeding her son breast milk now, and hopes to cook delicious food for Rafael when he grows up.

Treats Her Mom as a Role Model

Admitting to having tantrums when she was growing up, Grace finally understood how difficult it was for her mother to have raised her with utmost patience and love. Grace would definitely care for Rafael the way her mom had, adding, “Without her support and encouragement, I might not be in the  entertainment industry now. My mom would often hop over to see baby (Rafael). Sometimes when she sees that I am tired, she would tell me to go to bed and help me look after baby…she’s really noble.” 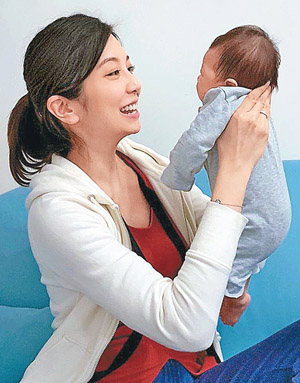 Welcoming her first child this year, Phoebe penned a heartfelt letter to her daughter Quinta. She humorously added that “the most important thing is to have lots of poop”. The reason is because she could not breastfeed for a period of time due to mastitis, leading to Quinta having constipation. After that when she resumed breastfeeding, she realized baby produced a lot more poop than usual. Once when Phoebe was done with changing diapers she realized she had poop stains over half of her body too.

When Quinta was born, Phoebe admitted that she felt nervous as a first-time mom. Although Ruco was there to help with the baby in the first month, he had to return back to work. Although the couple has hired help, Phoebe eventually gained confidence as a mother after caring for and breastfeeding Quinta every day.