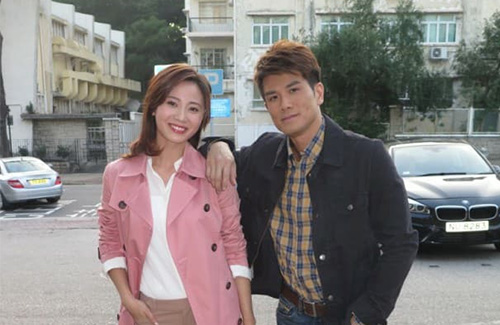 Martial arts actor Philip Ng (伍允龍) made his first film appearance in 2001, but it was really the 2016 TVB drama A Fist Within Four Walls <城寨英雄> that put Philip on the map.

Born in Hong Kong but raised in Chicago, Philip’s most fluent language is English. Saying long and complicated dialogue in Cantonese is a challenge for him, and when it comes to shooting action-packed dramas like Fist Fight <兄弟>, it is usually his dialogue that holds him back.

“My Chinese is a limited corporation,” he said with a laugh. “I don’t know why names in TVB dramas are always so hard to say. There was one scene where I was investigating a case, and I had to continuously drop names. I was so close of asking if I could just do a voice-over instead. But I am happy for such challenges. In the end, I succeeded, and I really thank the cast and crew for their patience and tolerance. No matter how many NGs I commit, they would not give me pressure.”

In Fist Fight, Philip plays the CID sergeant Iron, a boy raised in Temple Street. For Philip, who was raised in Chicago, it was another challenge for him to be convincing as a street boy raised by the pop culture of Temple Street.

His Fist Fight costar Tiffany Lau (劉穎璇), who was raised in Los Angeles, acted as his coach on set. Tiffany and Philip first met when she was only 18 years old. “I know how it is to be a rookie. It’s a lot of pressure on her, too, because now one of her very first roles is a leading character. She’s very smart and well-behaved. We all wanted to help her. When we were shooting in the Philippines, I would take some time to perfect her moves, but it was also reciprocal relationship—there was a scene where I had to play basketball, and I’m not good with that. Her and Jack Hui (許家傑) are pros, and they helped me out.”

Dialogue and basketball may be the challenges, but when it comes action scenes, Philip has everyone’s back. Acting as the show’s sub-action choreographer and consultant, Philip would visit the film set even if he had a day off to help his fellow cast mates.

“I really don’t care. I want to make sure that they’re doing everything right,” he said. On which actress had the most talent in action scenes, Philip immediately said, “Rebecca Zhu (朱晨麗). She has a dancing background and a very fast learner. When we were shooting in England, Rebecca and I would take many action shots together. She’ll do the splits in the air and I’ll do a kick. I had a lot of fun working with her.”