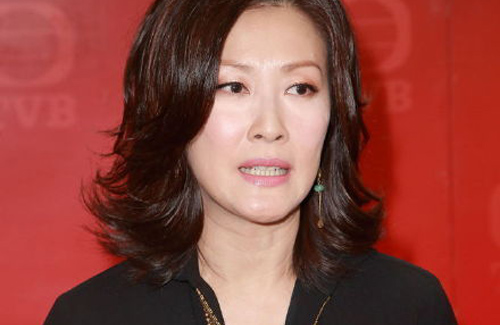 Since her husband Mike Chung (鍾家鴻) filed for bankruptcy in 2012, Flora Chan (陳慧珊) became the sole breadwinner for the family. To keep their daughter in a prestigious school, the family was forced to move and downgrade their home. After filing for bankruptcy, Mike transitioned to being the full-time caregiver for the couple’s daughter.

Due to the stress, Flora was reportedly difficult to work with on the set of TVB comedy, Good Morning, Boss (波士早晨). An inside source revealed, “Flora looks down on the group of staff. She’s grumpy with them and when she’s not happy, she will say English words that hurt people. A lot of people had to deal with her bad temper. Her acting has also regressed.”

Because of her aloofness, TVB allegedly will not be extending her contract after concluding the filming of Good Morning, Boss. Flora, aware that her career in the entertainment industry is deteriorating, intends to permanently move to the United States after completing her PhD program at Hong Kong University.

Although Flora has not had any new work for the last half a year, the couple suddenly purchased a brand new Mercedes-Benz worth $470,000 HKD. The family also upgraded their home to an apartment that costs $80,000 HKD per month in rent. Their lavish lifestyle did not seem to match with Mike’s bankruptcy.

Reporters sought out an esteemed lawyer to rationalize the odd circumstances. The lawyer explained, “If a husband and wife’s finances are separate, then the husband’s bankruptcy will not affect the wife. Even if the wife is responsible for all the expenses and the husband has no job and just spends his wife’s money, it is still okay! If the car is registered under the wife’s name, the husband can still drive it.”