2011 Miss Hong Kong second runner-up Whitney Hui (許芷熒) has finally tied the knot with boyfriend Alexander Fung, a businessman. Inviting the press to their 40-table reception yesterday, the newlyweds flashed their rings and shared details of their romantic wedding with the press.

Several celebrities attended the celebration, including TVB actress Sisley Choi (蔡思貝), who was a bridesmaid.

“I would say it’s pretty romantic,” said Alexander. “I promised that I’ll love my wife forever, and give her everything I have!” Whitney said, “I will always admire and respect my husband. To maintain this relationship, we have to treat each other like our number one idols!”

Before they signed their nuptials, Whitney and Alexander promised each other that they would meet even in their next lives. Alexander told the press that he saw Whitney crying when they were signing—it made him want to immediately lift her bridal veil and wipe her tears.

The couple are planning on having children, but not anytime soon. Asking if Whitney will continue her career as an artist, the former TVB actress said, “My husband supports my career. I will work on being a YouTuber and share some of my favorite recipes.” 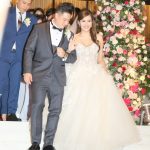 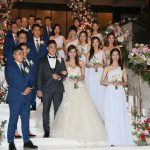 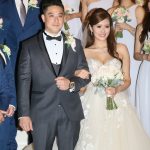 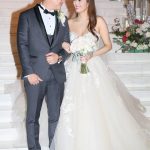 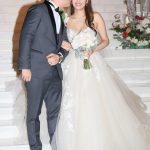 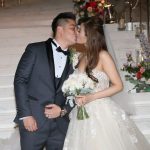 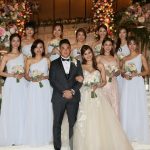 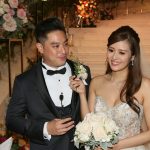 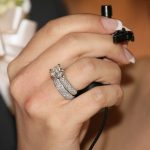 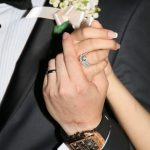 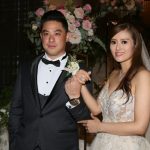