Friends Shocked by Tavia Yeung and Him Law’s Marriage 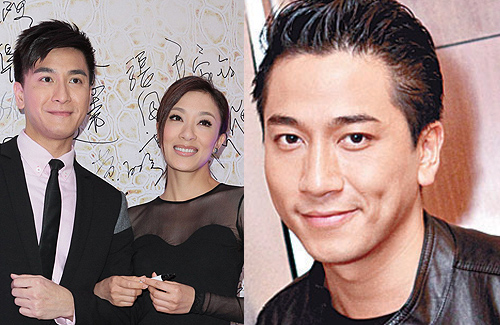 Braving through the media’s heavy scrutiny for the past four years due to their age difference, 31-year-old Him Law (羅仲謙) and 36-year-old Tavia Yeung (楊怡) has finally tied the knot! The couple was able to keep their marriage under wraps. Even close friends from the entertainment industry were clueless to the couple’s marriage before photos surfaced today.

Last week, Tavia, Him, and their families traveled to England to prepare for the wedding ceremony at Leeds Castle. When contacted by the press, Tavia and Him replied, “We’re on vacation now, and will respond further when we return to Hong Kong. Thanks everyone for your concern.”

Good friend and fellow TVB actor, Ron Ng (吳卓羲), expressed his shock when shown a wedding photo of the couple taken in England. “I just found out about their marriage when I saw the photos. They are both my good friends. Of course I will congratulate them! I hope they will grow old together and have a baby soon. But we will still need to wait for them to publicly announce it themselves!”

Tavia’s frequent onscreen costar, Kenneth Ma (馬國明), also sent his blessings to the newlyweds, “Of course I will congratulate them! I hope Tavia will have a baby soon.” When asked whether Tavia had expressed her desire to be a mother soon, Kenneth vehemently denied it, “No, I just thought of it myself! Although she kept very quiet about [the wedding], it’s okay! After all, getting married is between two people. The most important thing is that they are happy!”

Steven Ma (馬浚偉), who is currently in Shanghai, responded, “Two weeks ago, I was messaging Tavia and we were making plans to have dinner. Of course I will congratulate her! First, it was Linda Chung (鍾嘉欣); now it’s her turn. I am sending my blessings to them from afar!”

Despite their sour break up, Him’s ex-girlfriend, Theresa Fu (傅穎), graciously congratulated the couple when contacted by the media for a response. Theresa responded through text message, “Congratulations to them. I hope everyone can find happiness.”