From Triad Member to Actor: Frankie Ng Gives Up Criminal Life for Wife 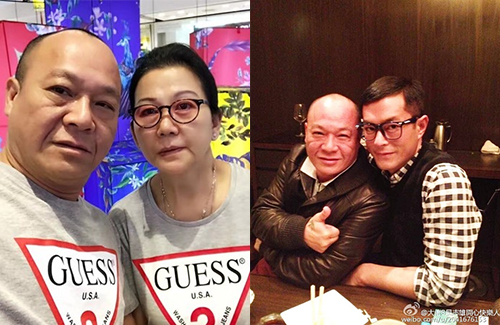 Frankie Ng (吳志雄) was a criminal who played a criminal. He is perhaps best known for his multiple film appearances throughout the 80’s and 90’s, playing either a gangster, a triad boss, or an individual related to organized crime. But this typecast didn’t come out of nowhere—Frankie did, in fact, join a triad prior to becoming famous as an actor.

The classic manhua series Teddy Boy <古惑仔>—which led to the popular film series Young and Dangerous—was co-created by Frankie. The main character Chan Ho-nam was inspired by Frankie’s own experiences while he was in the triad, and many of the characters surrounding Chan Ho-nam’s life had bits and pieces of Frankie’s shadow.

Frankie joined Shaw Brothers in the early 1970’s as a background extra and stunt actor. Young and rebellious, he decided to join a triad. For the next ten years, he worked an on-screen career as an actor and an off-screen career as a triad member who managed numerous clubs, bars, and gambling dens around Hong Kong.

It wasn’t a life he particularly enjoyed. 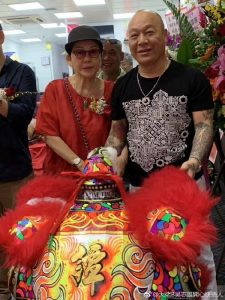 “Once I was in the streets, I knew I was putting myself in danger,” he said. “My enemies could charge at me at any moment. I really had to carry two knives with me for safety. My wife was so worried that she would burn incense to pray for me every night.”

His wife wouldn’t be able to fall asleep if Frankie wasn’t safe at home. Even though Frankie had a troubling personality—random shouting matches were definitely not a rarity—his wife endured and cared.

When Frankie was put behind bars for a crime related to his triad, his wife was days away from giving birth. “What would I do if you died?” she had asked him. That was the final call—Frankie knew he had to leave his dark past behind. He had to take on the responsibility of caring for his family.

Though Frankie had dated many women before meeting his wife, he has only fallen in love with her. “She is cultivated, generous, and doesn’t like to talk much. She doesn’t drink. She’s beautiful and kind. It’s hard for me to not fall in love with her. She fits well in my family. She takes care of my parents. Because I was a triad member, it’s okay to have a woman to care for the family.” 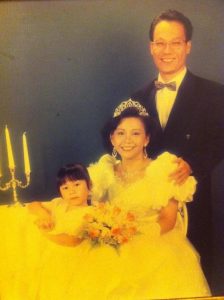 Despite the wealth and fame he gained from his triad films and the Young and Dangerous series, Frankie hit a new turning point in his life in 1999, when he lost out in an investment and accrued a lot of debt. With only HK$200 in his pocket, Frankie left Hong Kong for mainland China to meet a friend who had opened a restaurant. He was then introduced to friends in Dongguan and Shenzhen, who helped him invest in a new business in China. His frequent appearances in China helped with his income, and he found that while he was forgotten by audiences in Hong Kong, the Chinese fans remained loyal.

Frankie has befriended many industry friends throughout his career, including Jackie Chan (成龍), Chow Yun Fat (周潤發), and Louis Koo (古天樂). Louis also helped Frankie pay back his debt: during a dark period in Louis’ career, it was Frankie who had helped Louis get cast in films. Assisting in Frankie’s debt was one way for Louis to pay back his debt of gratitude.