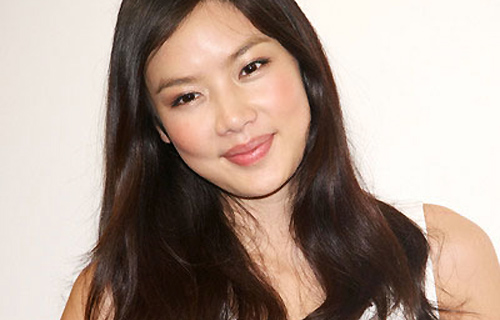 Since divorcing Leon Lai (黎明) in 2012, Gaile Lok (樂基兒) has not had a moment of loneliness. Currently dating New Zealand surf coach Cuz, Gaile spends her time indulging in exciting water activities. Living a life full of the freedom she craves, Gaile has finally found her true self again. She even has plans to marry Cuz in Bali, Indonesia after her jewelry design business is settled.

Allegedly, Gaile did not have a sense of freedom while she was married to Leon. She liked to make her own decisions, but had to think otherwise in order to please him. In 2004, Gaile admitted to augmenting her breasts after reporters noticed her fuller chest. However, when Gaile met Leon in 2005 and realized he was not fond of women with exaggerated figures, she obtained surgery to revert to her normal chest size.

In addition, Gaile always had an interest in tattoos and saw them as an intriguing form of art. At one point, she had as many as five tattoos on different parts of the body. However, since Leon preferred a good-girl image, Gaile removed all of them via a laser operation. Although she changed according to Leon’s wishes, the couple argued frequently and it became apparent that their personalities were a mismatch. After a four-year marriage, Gaile and Leon finally filed for divorce.

On the other hand, Gaile and Cuz seem to share the same taste in life. They both love participating in water sports and reportedly even purchased a private beach house in Bali together. To display her love with Cuz, Gaile received a new tattoo of a flying fish that symbolizes the fun times they spent in the water. Gaile feels as if she has finally returned to freedom.

Besides her emotional well-being, Gaile is also keeping herself physically fit and has tanned quite a bit. Satisfied with her current body shape, she shared happily, “I’m an athletic person and I have a little muscle. In the United States, I wear the extra small size.”

53 comments to Gaile Lok Has Plans to Wed Again