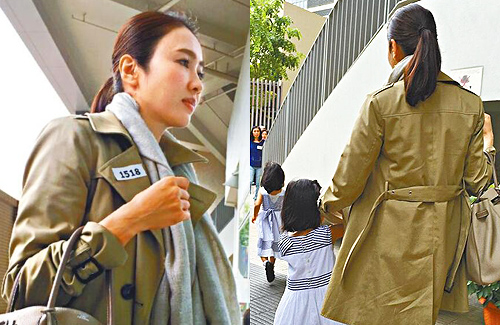 With the competitive acceptance rate into prestigious schools, Gigi was spotted accompanying her two daughters for an entrance interview. Although retired from the entertainment industry for more than seven years, Gigi has not lost her charisma. Clutching a Hermes Birkin purse, Gigi exhibited an air of elegance.

Due to the school’s strict rules of having one guardian accompany a child in the waiting room, Gigi brought along a female friend to accompany her other daughter. Although the school allowed for parents to wait with their child, the child was required to interview individually. Approximately 30 minutes later, her daughters concluded their interviews.

After taking a brief tour of the classroom, Gigi said to her eldest daughter, “Hurry up, big sister. It’s time to leave.” The family departed in a seven-seater car.