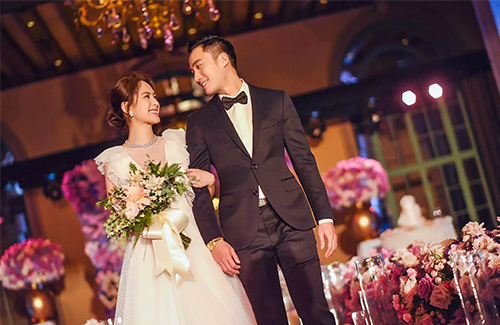 It’s the end of an era. Twins member Gillian Chung (鍾欣潼) has tied the knot with her boyfriend of one year, Michael Lai (賴國弘). The couple held a small and private ceremony in Los Angeles, California, inviting close friends and family.

Gillian’s bridesmaids were Joey Yung (容祖兒), Yumiko Cheng (鄭希怡), and the other half of Twins, Charlene Choi (蔡卓妍). Their manager Mani Fok (霍汶希) and close friend Laurinda Ho (何超蓮) were in attendance. Charlene broke down in tears at the wedding. 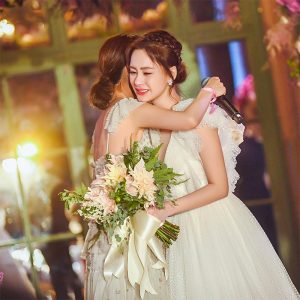 Charlene wrote on Instagram, “There are so, so many things I want to say to you… the scenes that show up in my mind. All 18 years of it. The happy ones, the excited ones, the anxious ones, the sorrowful ones… there’s just too much. I write it down, I erase it. After erasing it, I write it down again, multiple times. No matter what I write, I just couldn’t write out how I really felt. It’s because no one else have experienced the things that the two of us have gone through together, have faced together. The jokes we would say to each other, no one else would understand. Only you can understand me, and only I can understand you. Only you know how happy I am for you. As long as you know that all I want is for you to be forever happy, then that’s enough. Although you are no longer Mrs. Choi and now Mrs. Lai, you will always, always be my Little Gill Gill. No matter how much your role has changed, you will never change in my heart.”

Twins, comprising of Gillian and Charlene, debuted in 2001 and became a cultural pop sensation. The duo have released 38 albums together in their 17-year career. Their latest album was Flower Date <花約>, released for their 16th anniversary last year.

Michael, a gynecologist from Taiwan, is four years younger than Gillian. The couple started dating in early 2017. The couple got engaged earlier this year. 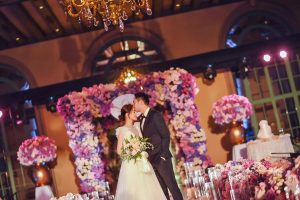 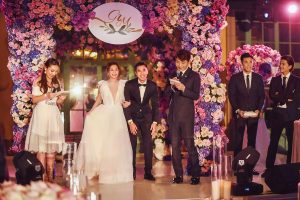 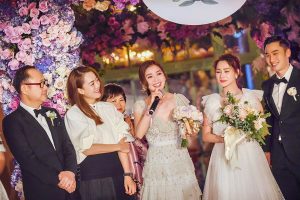 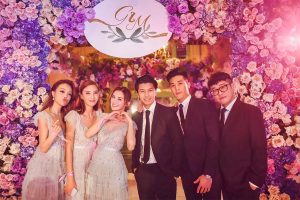 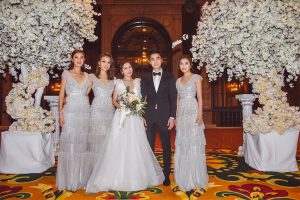 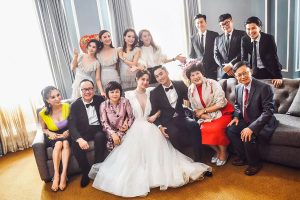 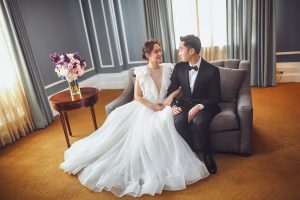