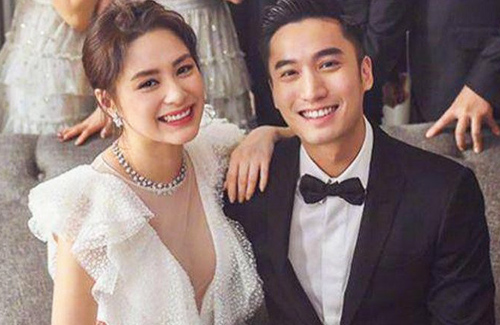 While many people are shocked by Gillian Chung (鍾欣潼) and Michael Lai‘s (賴弘國) divorce, their separation was not supposed to be announced until months later. After signing separation papers on March 1, the couple initially agreed to let Gillian’s management company Emperor Entertainment Group (EEG) handle all the divorce matters.

When the media broke the couple’s divorce news yesterday, Michael thought that EEG had changed its plan, which prompted him to share more details of why their marriage failed on Instagram. Concerned that these intimate details would ultimately impact Gillian’s image and professional profile, EEG was forced to take actions and sent a gag order to Michael.

When the couple decided to divorce, Michael agreed to cooperate with Gillian and let EEG handle all the public announcements. EEG also asked Michael not to discuss any details and to wait until the second half of the year before speaking out. Things clearly did not go as planned after Michael posted his marriage woes and as a result, Michael had been receiving phone calls from EEG.

Adding to Michael’s stress, the media dug into his colorful dating history, which led many netizens to accuse him of being unfaithful to Gillian. While Michael’s friends also spoke to the media to reiterate that the reason for the divorce is not due to a third party, it has not helped the situation and left Michael feeling depressed.

As the media sought Gillian’s side of the story, her manager Mani Fok (霍汶希) said, “Gillian and Michael signed a separation agreement and have not officially divorced yet. We all hope that the two can take a few months to calm down as they try to salvage their marriage. That’s why it was decided to wait until the second half of the year to monitor the situation, and then make an announcement.”

Mani added, “There is a clause in their separation agreement that asks both parties to protect the content of the agreement and the details of the marriage. The letter sent by Gillian’s lawyer was just a reminder.”

16 comments to Gillian Chung’s Management Company Sent a Gag Order to Her Ex-Husband?