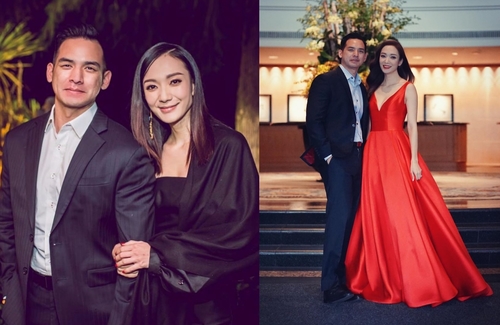 Knowing that many people are curious about her 12-year long-distance relationship, actress Grace Wong (王君馨) revealed in a Youtube video how she and her husband Daniel Chang (Danny) fell in love at first sight. As it is a long story, Grace separated the video into two parts. In the first part, she recalled their first meeting, break up, and reconciliation. Although the second part has yet to be released, viewers can’t wait for her to unveil her challenges of having feelings for a co-star.

Falling in Love at First Sight 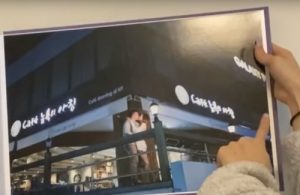 Grace was 19-years-old when she started working part-time at a Korean cafe in New York. One summer day, Danny walked in as a customer, and Grace immediately approached him with a menu. Danny couldn’t help but gape at Grace, as he was blown away by her beauty. Grace also found him to be attractive, so she immediately told her male colleague, who then surprised her by saying he is good friends with Danny.

That day Danny left a good impression on her. “Danny’s three friends all ordered alcohol, but he was the only one who didn’t want any alcoholic drinks. At that time, I thought he was a good boy, so I recommended the Caramel Mocha to him,” Grace said.

Although Grace is only supposed to serve customers, she took the initiative to make the drink herself. She cheekily smiled, “I wanted to make a nice and sweet drink for him, but I think I placed the spoon that I used to taste-test back into the cup. So, Danny probably might’ve had some of my salivae. How unhygienic!”

In the following days, Grace revealed that Danny would come by whenever she worked. He would order a Caramel Mocha every time, so Grace made sure to make it herself each time. Then one day, Danny asked her out. “He asked if I was free, but I already had plans, so I rejected him. He looked quite disappointed, so I asked him if he was free on Sunday, to which he readily said yes,” she recalled.

Later on, Grace found out that they actually lived a five-minute walk away from each other. They also played handball in the same neighborhood playground to much of their surprise.

Not long after they got together, Grace met his family who welcomed her with open arms. She expressed her gratitude, “At the time, I was just a college student and waitress. I was really nothing special, I was just an everyday normal girl, but they were super nice and accepting of me.” 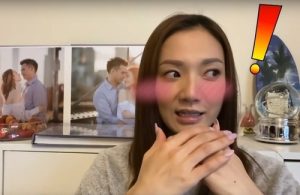 Once summer was over, Grace had to go back to Boston for school, so she only met up with Danny once every two to three weeks. Their first year of dating was quite stressful as they didn’t meet up much. They also didn’t have that much trust in each other, so they naturally broke up and became friends instead after two years.

While studying abroad in Hong Kong, Grace joined the 2007 Miss Hong Kong Pageant. She entered the industry after winning first runner-up, and she honestly expressed, “I once suffered depression, so I binged ate like crazy. But after discovering God, I got better and started reconnecting with a lot of people including Danny. We gradually established a romantic relationship with each other again.”