Him Law Refuses to Relocate to Beijing for Work; Wants to Spend More Time with Tavia Yeung 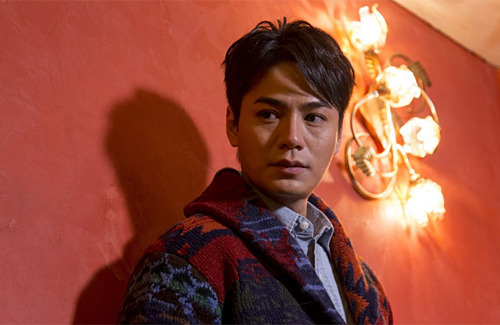 Him Law‘s (羅仲謙) new film, The Monkey King 3 <西遊記女兒國>, will be opening on Lunar New Year.The Monkey King 3 promises beautiful computer graphics and outstanding costume designs, but Him knows the struggles in filming such a large-scale project.

Him explained the hardships of reprising his role as Sha Wujing. Spending a total of six hours on makeup every day during filming, Him’s outfit was so restrictive that he has trouble going to the restroom. “Because the special outfits are tricky to put on, it’s honestly better to not go to the bathroom after wearing it. It’s also best not to eat because if I’m eating, my moustache may come off. I dislike retouching the makeup so I don’t allow myself to eat anything.”

Despite the strenuous demands of filming, Him smiled and said he would love to do it again if given another chance.

Will Not Give Up on TVB

Spending more time in Mainland China now, Him revealed that his company previously suggested that he move to Beijing semi-permanently so he can save time on flying. Shutting down the idea immediately, Him explained, “I was shocked when I heard that suggestion – I have no problem flying for work. But if we’re talking about moving there, what about my wife [Tavia Yeung 楊怡]? What about my friends and family? At the same time, I still have series to work on. I know there are a lot of cases where that idea was feasible, but I’m sure there were a lot of failed cases as well. I’m scared of big changes and after getting married, I’m even more unwilling to make these changes.”

Although it has been some time since Him Law starred in a TVB series, he still has a contract with the station. With special arrangements with TVB, Him is currently able to work for other parties while he is under contract, such as his current web drama Infernal Affairs <無間道> with iQiyi. Thankful for the opportunities he has received from TVB that enabled him to move north and explore other career options, Him said he has not given up on working with the station. Stating that Hong Kong is home, Him expressed, “I enjoy my work in Hong Kong so I will definitely come back to film.”

4 comments to Him Law Refuses to Relocate to Beijing for Work; Wants to Spend More Time with Tavia Yeung