Him Law Shares the Joys of Being a Father 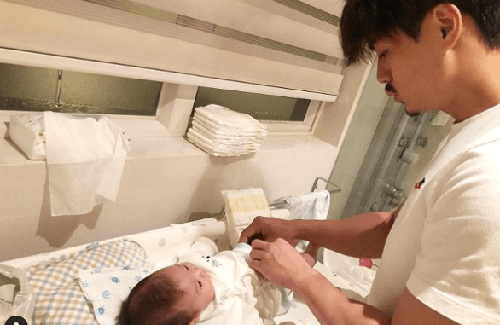 In April, Him Law (羅子溢) and Tavia Yeung (楊茜堯) welcomed the arrival of their daughter nicknamed “Little Pearl” and started on their parenthood journey. As new parents, Him and Tavia quickly learned it is not easy to raise a baby, yet Him finds joy in learning about his daughter and watching her grow.

Him confessed that Tavia deserves a lot of credit in caring for Little Pearl, “In the past half year, I don’t think Tavia slept more than four hours. Babies wake up easily and she wakes up in the middle of the night to feed Little Pearl. It’s stressful and tiring to get the baby to sleep. I could only encourage [Tavia] so we can emotionally support each other. Sometimes I tell Tavia, ‘Look, isn’t our daughter adorable?’ or ‘You did well.’ Some actions are necessary, like when I come home, I will first check on my wife and then I embrace my daughter. The gestures might be small, but women pay attention to details.” 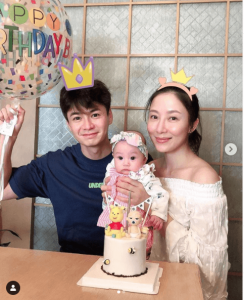 While Little Pearl is generally a well-behaved baby, Him confesses that he was caught off guard with the demands of caring for a baby. There was a time when she refused to eat, and Him tried to feed her as if she were an adult. This backfired and Little Pearl started to develop a fear of eating. Worried sick for Little Pearl’s health, Him did not know how to relax until his doctor friend told him that babies will naturally eat when they are hungry.

Having learned Little Pearl grows at a rapid pace, Him shared,“Now we learned to relax. I often tell my wife not to be nervous, but feeding was initially very tiring, I had to put on a show for my daughter with singing, dancing and clapping, and she would unconsciously drink milk while looking at me. I would have to perform for 15 to 20 minutes. Now that our daughter is grown up, I don’t have to perform. When she is hungry, she will grab her own bottle.”

Him continued, “We are very contradicting. On one hand, we want her to grow up but on the other hand, we don’t want her to grow up too fast. It feels very strange. My wife often says that she misses being pregnant. Sometimes she re-watched videos of when she was about to give birth. She would get emotional and hopes she can experience this feeling another time.”

When asked if Him wants to try for another child, he replied, “The doctor said we should take some time to recover. The most important thing is my wife’s health, but we all want to have another child. An elder told me, ‘Parents are half a lifetime, and brothers and sisters are a lifetime.’ This is something we can give as parents. In the future we will be a hundred years old, but she will not be alone. Anyway, it’s up to fate.”

For now, Tavia is focusing on their daughter while Him is busy filming dramas. Since returning to Hong Kong to be closer to his family, Him already filmed The Witness <木棘証人>, Armed Reaction 2020 <陀槍師姐2020> and Children’s Hospital <兒童醫院>.

Regardless of what Tavia’s decision is, Him shares that she would be happy, “As long as she is happy. As a man, my success comes from ensuring the people around me are happy. Her happiness is my biggest accomplishment. Men would shoulder the responsibility of supporting the family.”