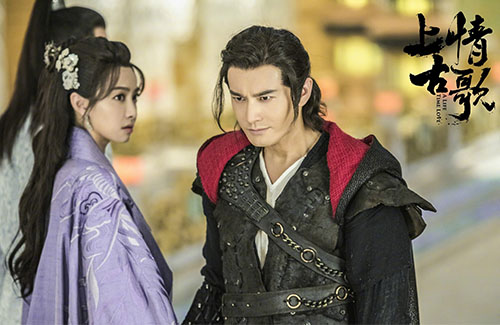 A Life Time Love is based on Tong Hua’s (曾许诺) novel Once Promised <曾许诺>, or Ceng Xu Nuo, which in turn is based on the canonical text Classic of Mountain and Seas <山海經>, an ancient book that compiled Chinese legends and mythic geography.

The series follows Chi Yun, a rogue driven by revenge and his desire to unite the land under one ruler. Though arrogant and naive, Chi Yun carries his heart on his sleeve, and is pure of spirit. His attitude toward the world changes upon meeting the intelligent and playful Mu Qingmo, a princess from the Kingdom of Xuan Yuan, and they fall in love at first sight. Unable to escape her fate, Qingmo follows her destiny and marries another man, outsetting a tragic love story.

A Life Time Love is a high-budget production, and millions of dollars were spent on the drama’s CGI and digital effects. Because of the story’s fantasy myth background, mythical animals make common appearances throughout the show. The drama was shot using a Previzion camera.