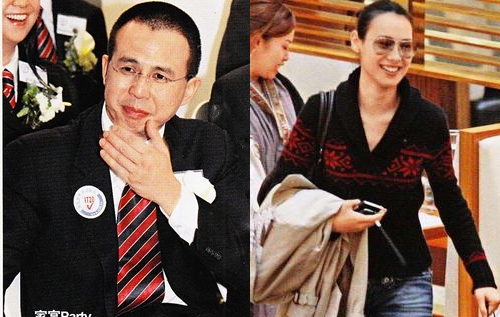 November 8th will be Richard Li’s forty-fourth birthday. Coinciding with Mr. Li’s birthday, he will be holding a party at his $200 million (HKD) mansion. An eight-year renovation project has finally been completed on Mr. Li’s wooden-framed mansion.

The mother of Mr. Li’s three sons, Isabella Leong Lok Chi, will be returning to Hong Kong from the USA for his birthday. Allegedly, Mr. Li’s father, wealthy billionaire, Li Ka Shing, will be attending the party as well to meet his three grandsons. Perhaps good tidings are in place for Isabella to marry Richard Li! Jayne: Richard Li’s mansion seems to be using an eco-friendly design. Wonder if Isabella will move in and live with Richard permanently?