Jason Chan and Sarah Song Plan To Marry Next Year 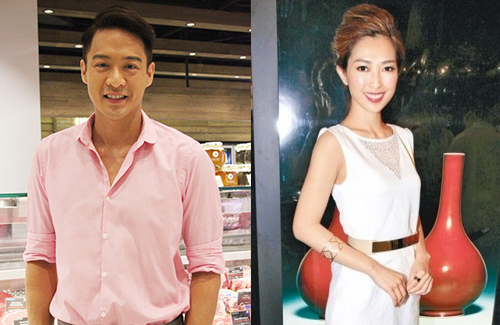 TVB artiste Jason Chan (陳智燊) made a appearance at Clear Water Bay to attend an event. He has recently been busy with the filming of TVB drama Daddy Has Something To Say <爸B有話兒>, in which he costars with Johnson Lee (李思捷) and Mandy Wong (黃智雯).

This past summer, the 37-year-old actor successfully proposed to his longtime girlfriend, former Miss Chinese International Sarah Song (宋熙年), while the two were vacationing in Sydney, Australia. The couple were initially rumored to be getting married sometime this year, but the actor later confirmed that they will not hold their wedding until the end of 2016.

How has the wedding preparations been? Jason said with a smile, “We’re trying our best! I still have about one more week of shooting left. I’ve talked with [Sarah] about it, and I think I should let her handle everything. I’ll be in charge of finding the money for it!”

Jason expressed his parents will be choosing the official date of their wedding day. He said they are still brainstorming about the kinds of events they would like to do for their wedding, revealing that he even thought about turning his wedding into a reality-show format so they document their entire wedding into video.