Jason Chan and Sarah Song to Get Married This Year? 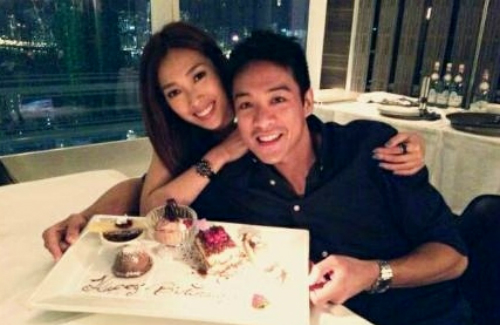 Sharing many similarities, 37-year old Jason Chan (陳智燊) and former Miss Chinese International Pageant winner Sarah Song’s (宋熙年) paths met as they hosted for TVB’s variety programs together. Although the couple reportedly started dating in 2007, their relationship was not publicly confirmed until last year. Yesterday, tabloids revealed that Jason and Sarah plans to finally tie the knot by the end of this year, and is currently saving up for their dream home.

After their relationship went public, the couple generously allowed reporters to photograph them while out on dates. They also attended promotional events together as hosts and shared several work opportunities. Earlier, there were speculations that Jason and Sarah have been cohabiting in Tseung Kwan O. However, both of them denied such reports. Although Jason was born and raised in England, he appears to be a very traditional man.

Back in 2007, Sarah flew to Hong Kong to compete in the Miss Chinese International Pageant as a representative of Sydney, Australia. Jason’s parents reportedly adore his girlfriend and have been constantly urging him to propose marriage. Seeing that his career at TVB is now stable, Jason decided it was finally the right time and successfully proposed to Sarah.

The couple is reportedly still on the lookout for a 5-star hotel to hold their wedding banquet and will not announce their marriage until then. Tabloids claim Jason is also planning to purchase a luxurious flat in the Central and Sheung Wan district as an engagement gift for Sarah. When asked about Jason’s proposal, Sarah texted back through Whatsapp, “Hahaha really? I didn’t even know myself! Hahaha!” Although there was no confirmation, Sarah appeared to be in a cheerful mood with much laughter in her replies.

Speaking of Jason’s plans to purchase a flat for her, Sarah remarked, “We’re still working hard for a comfy home. We’ll have to work even harder for a luxurious flat! Hope it comes true though. Career is priority at the moment.” Meanwhile, Jason also replied through Whatsapp, “Thank you for all the blessings, but [marriage] isn’t going to happen as quickly yet!”