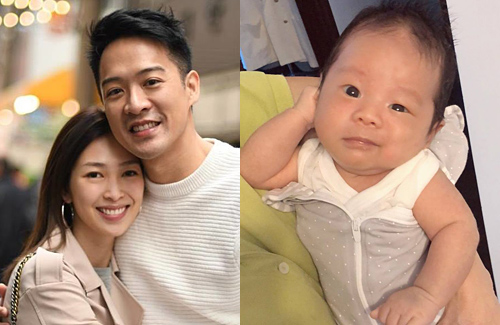 Jason Chan (陳智燊) is a real family man at heart. In a recent interview he revealed how he and Sarah Song (宋熙年) have tackled parenthood, and their hopes for their three-month-old son, Damon.

According to Jason, many factors came into play when deciding on the name “Damon”, and it took the couple two weeks after his birth to come to a consensus: “Sarah and I wanted him to have a traditional English name. We aren’t religious, but we discovered that 70 to 80% of the traditional English names are actually found in the Bible. The meaning of ‘Damon’ is to be loving and warm. It’s also easy for our parents and older generations to pronounce.”

The couple also believes in instilling good values in Damon. Having been exposed to both Chinese and Western cultures while growing up, Jason feels that they each have their own merits and that a combination of both would allow for the best of both worlds – whether it be the Chinese values of respect and filial piety, or Western culture’s more ready acceptance of disagreements and expression of one’s opinion.

Day to day, Jason is a hands-on and loving father and husband. While Sarah is responsible for feeding Damon, he takes on the nappy-changing duties and also keeps Damon entertained. Jason also makes sure that he and Sarah have balance in their lives, and they recently went to Osaka for some time off. As to whether he feels any pressure from his new role as a father, his reply was upbeat and positive. “I don’t feel any pressure. Sarah is also doing really well and has already gone back to work.”