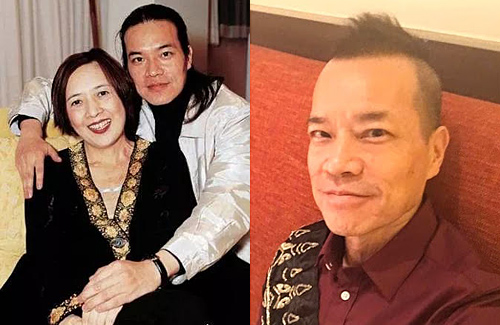 Former DJ and ex-TVB actor Jeff Hung (also known as Hung Chiu Fung 洪朝豐) came out of the closet and confessed that his sexual orientation changed from being bisexual to gay. Turning 60 in January, Jeff said although his public declaration came late, it stemmed from a desire to help the LGBT community.

Working at RTHK radio station, Jeff also appeared in minor roles in 1990s dramas such as the last three installments of Files of Justice <壹號皇庭>,  The Legend of the Condor Heroes 1994 <射鵰英雄傳>, and the 1994 remake of Justice Pao <包青天>. Appearing in 16 TVB dramas, Jeff was also a regular host on the station’s long-running variety program Focus on Focus <城市追擊>. 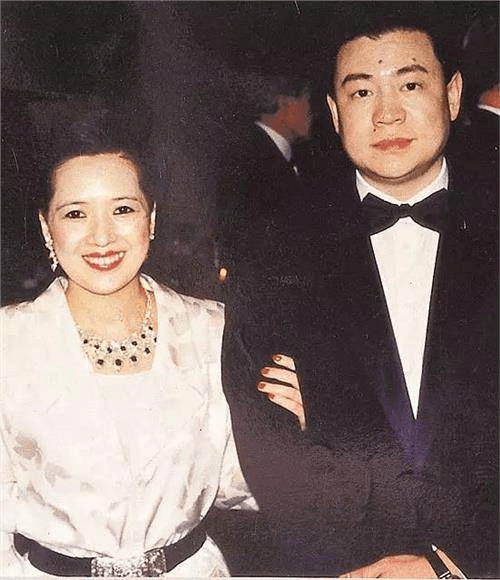 Co-founding a billion-dollar business with her husband at the time, Joseph Lau (劉鑾雄), Teresa herself was worth over $10 billion HKD and was once Hong Kong’s second wealthiest woman. Bitterly disappointed by her husband’s numerous extra-marital affairs with actresses such as Rosamund Kwan (關之琳) and Michelle Reis (李嘉欣), Teresa and Joseph divorced in 1992.

Shortly after the divorce, Teresa was diagnosed with breast cancer. After six months of chemotherapy, Teresa’s condition improved but the cancerous growth recurred in later years.

Jeff also experienced a failed marriage and met Teresa in November 1998. As a DJ, Jeff wanted to meet Teresa to gather research materials on euthanasia for his program. Despite Teresa being older than Jeff by six years, it was clear during their first meeting that two were attracted to each other. On their second meeting to gather more research material, Jeff and Teresa found themselves talking nonstop for seven hours, and Jeff even gave Teresa a kiss before they parted for the night.

By early December, the two grew close and Jeff invited Teresa to his concert at the Great Hall Theater. After the performance, Jeff asked if he could spend the night at Teresa’s house and thus they started their intimate relationship. 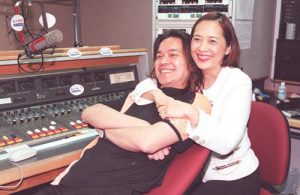 Although Jeff began a relationship with Teresa, she was aware of his bisexual sexual orientation and knew of Jeff’s longtime boyfriend.

His boyfriend was disappointed by his betrayal, but understood Jeff’s bisexuality and physical and emotional needs to be intimate with a woman.

Jeff shared that the complicated relationship was accepted by all parties involved, and the trio would travel on vacations together.

However, Jeff and Teresa’s complicated relationship faced more challenges than a regular heterosexual relationship did and they broke up. Unable to forget Jeff, Teresa asked for a reconciliation.  Jeff agreed on the condition that “they cannot have a normal sexual relationship” as he was still involved with his longtime boyfriend. Teresa accepted the condition and the two would only hug and kiss each other.

Revealing why they had a volatile relationship, Jeff stressed that he was not dating Teresa for her money as his annual salary of $2 million HKD was sufficient and did not need Teresa’s financial support. Instead, the relationship ended because of differences in their personalities. Jeff thought that Teresa was very controlling and would lose her temper if things didn’t go her way. The two would frequently argue over small matters and after trying to work out their relationship for another half year after their reconciliation, they decided to part ways for good.

In 2002, Teresa was diagnosed with kidney failure and had a transplant in Zhuhai. In the last ten years of her life, Teresa also had cancer recurrence three times. In 2003, she passed away at the age of 49 years old. Her two children, ex-husband Joseph Lau, and ex-lover Jeff Hung were at her funeral.