Jessica Hsuan is a Woman Hurt by Love 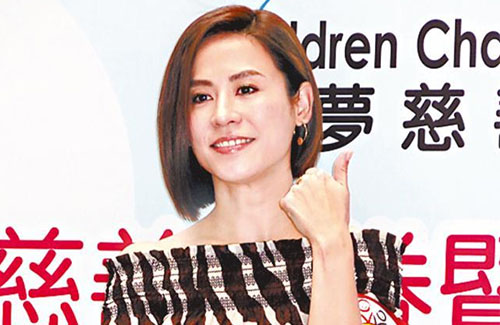 There is no better actress to play My Unfair Lady’s <不懂撒嬌的女人> Mall Jeh than the unyielding and robust Jessica Hsuan (宣萱), who stands by her principles faithfully and selflessly.

My Unfair Lady, which ended its month-long broadcast on May 28, has a female centric-storyline that follows the lives of successful career woman Molly Ling (portrayed by Jessica Hsuan) and her younger cousin, the more pliable Cherry Ling (portrayed by Natalie Tong 唐詩詠). Molly, known in the series as Mall Jeh, is demanding and resolute—not even her most intimate friends can see a soft side of her. Though she’s led a successful career, Mall Jeh’s suffers a lackluster romantic life.

In reality, Jessica is not quite so different from Mall Jeh. The 46-year-old actress, who made her acting debut through TVB in 1993, had quite a tumultuous love life, and those experiences were what made Jessica the strong woman she is known as today. Though she is already 46 years old, Jessica is in no hurry to settle down, as past experience made her realize that she should be patient, and wait for the right man.

Refused to Retire for Wealthy Boyfriend

Jessica went through top-tier education: she attended the Maryknoll Convent School as a child, Pooi To Middle School as a pre-teen, and went to an English boarding school Roedean School in England for her high school years. She graduated from Imperial College, London with a degree in material science, but a single TV commercial appearance led her to sign a TVB contract, becoming an actress.

Throughout the years, Jessica has had a few publicly known relationships, her most famous one being with fellow actor Dicky Cheung (張衛健). Her next, perhaps one of her most publicized relationships, was with the wealthy businessman Ronald Wing (), who she was close to marrying. However, Ronald’s family allegedly wanted Jessica to retire after marriage, a deal that Jessica couldn’t accept. Jessica wanted to take care of her own life.

Boyfriend’s Affairs Made Her Stronger

Jessica’s strong personality did not come from her failed relationship with Ronald. According to the actress, it was the ex-boyfriend A who had cheated on her, a move that made Jessica reconsider her priorities.

The actress used to be an accommodating girlfriend—when A’s ex-girlfriend came to Hong Kong for a visit, Jessica was the one who suggested to pick her up from the airport, and allowed A’s ex-girlfriend to stay with him at his apartment. Jessica trusted in A, believing that nothing could happen between them. Unfortunately, A rekindled his romance with his ex-girlfriend, and broke up with Jessica.

With such horrible dating experiences, it is no surprise that Jessica is still reveling the bachelorette life at 46 years old. The actress has said that she is no longer looking for a man to date, but for a soul mate to get married to.

26 comments to Jessica Hsuan is a Woman Hurt by Love