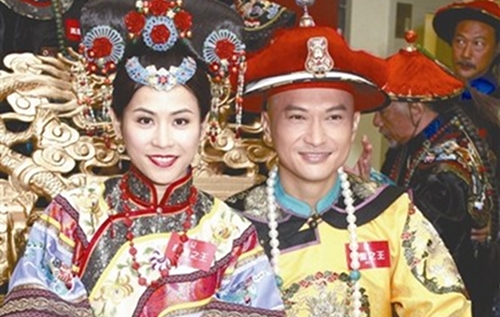 The praying ceremony for TVB series, King of Ten Thousand Phoenixes <萬凰之王>, was held yesterday. Although Jessica Hsuan filmed countless series in the past, she still struggled with the difficulty of the ancient script, which was filled with arcane Chinese idioms. “I am a newcomer to ancient dramas. My head throbs when I see the script! I have to memorize lines which I do not understand the meaning of.” When faced with challenging scenes, Jessica will consult with co-star, Sunny Chan Kam Hung.

Myolie will have to practice giving sharp stares for her role. Will Myolie practice with rumored boyfriend, Bosco Wong Chung Chak? Myolie said she will use a mirror to practice her expressions. Asked whether she was worried about comparison with Tavia Yeung Yi’s performance in Beyond the Realm of Conscience, Myolie said there is more progress with a good competitor.

Jayne: I am getting a little tired of all the female rivalry series….