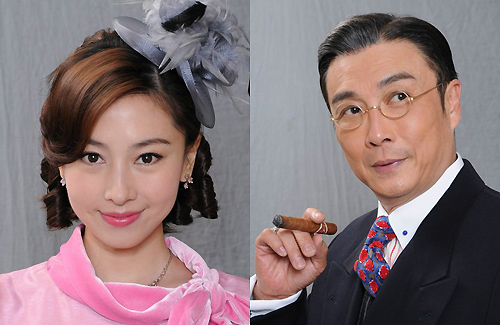 Since its broadcast, Silver Spoon, Sterling Shackles <名媛望族> has been ridden with heavy-handed love relationships and illicit affairs. With more than half of the drama’s episodes already aired, JJ Jia (賈曉晨) will finally seduce 63-year-old Damian Lau (劉松仁) and become his fifth wife. This will spiral tensions between Damian and fourth wife, Tavia Yeung (楊怡). Not long after marrying Tavia’s character, Damian will fall to the charms of JJ Jia. Not willing to be a sales clerk all her life, JJ plots to win the attention of Damian and marry into the wealthy family. Meeting at a nightclub, JJ drapes herself over Damian. Kissing passionately, the pair spend a night at Damian’s vacation home. In the morning after scene, JJ flashes her underwear onscreen while getting dressed.

When Tavia had married Damian, she made him promise that she will be the last woman he takes as his wife. When Tavia discovered JJ sitting on Damian’s lap in a cafe, Tavia was outraged and slapped Damian’s face. Not used to a woman going against his wishes, Damian proceeded to take JJ under his wing as his fifth wife. Although his mind was bent on revenge, Ron becomes involved with Elena Kong (江美儀), who was largely ignored by Damian since he married Tavia. In a moment of passion, Ron loses himself in Elena’s kiss and they start an illicit affair.