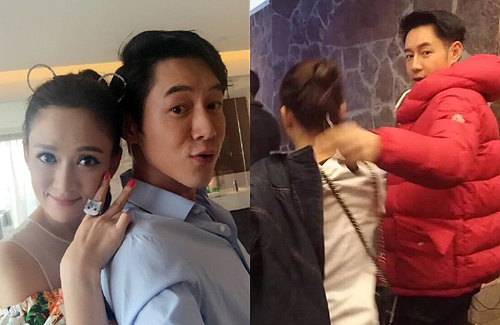 Joe Chen (陳喬恩) was spotted vacationing in the United States with a tall, handsome man. A fan uploaded the photos of the sighting, and the man was identified as actor, Andy Chen (陳正飛). The pair behaved intimately together, which spoke volumes of their close relationship.

This week, Andy and Joe uploaded individual photos of themselves traveling in the United States on their respective social media accounts. Andy wrote, “On vacation to enjoy life…in the Wild Wild West. Aside from dust everywhere, the scenery is like a postcard memory.”

Joe and Andy have been close friends for a long time. For her 36th birthday two years ago, Joe had invited Andy to emcee her party. After her drunk driving arrest in January, Joe’s spirits tanked and she took the trip to the United States to lift her emotions before starting her next filming project, Queen Dugu <独孤皇后>. With Joe finding comfort in Andy’s presence and their easy chemistry, it may be a matter of time before their friendship escalates into a more intimate relationship.

Born in Taipei, Andy and his family moved to the United States when he was in high school. He attended Simon Fraser University and majored in finance. Due to his bilingual skills and good-looking appearance, Andy is currently a MTV veejay and makes frequent appearances at fashion events.