To chase after his interest in becoming an actor, Joe Ma’s (馬德鐘) 21-year-old son Ma Xiang (馬在驤) has signed with the same company his father is currently under, Shaw Brothers Studio. His profile was discovered in the new artistes section of the studio’s website, displaying his name, language abilities and past photos of him participating in events. 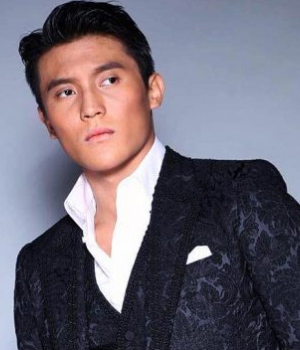 Inheriting good looks and tall height from his parents, he stands close to 6 feet 2 inches tall and possesses a muscular figure from swimming competitively. At the age of 19, he was offered to model for an internationally recognized luxury fashion brand, Hermes, at their first fashion show held in Hong Kong. He also collaborated with his father for a magazine photo shoot, which enabled him greater insights and fostered his career interests in the entertainment industry.

Known for being an excellent swimmer with his eight gold medals achieved from a swimming competition held in Sydney, Australia, Xiang also excels academically and is studying mechanical engineering at an Australian university. Though his studies are completely opposite to his acting interests, the 21-year-old expressed he would prioritize his studies and will only return to Hong Kong for event works when he is free.

Although, there is currently no representative projects listed in his profile, it is expected there will be some to look forward in the future. Especially since he has signed with the same company as his father, many fans are also curious and excited for the father and son’s future collaboration in films or dramas.