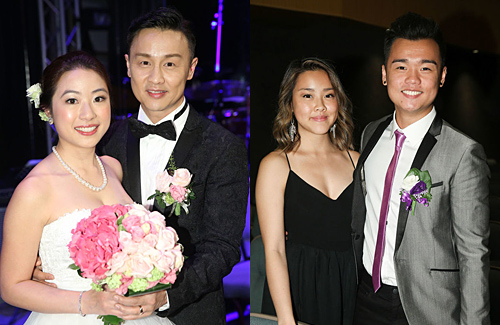 Reflecting on his own past, the actor calls himself a cautionary tale and warns men who are tempted against the consequences.

As Finding Her Voice <牛下女高音>, which was rescheduled due to Jacqueline Wong’s (黃心穎) scandal finally gets to air soon, actor Joe Tay (鄭敬基) can be seen in the drama. In a recent interview, Joe talks about his past scandal and shares personal reflections on cheating.

Married in 1990, Joe Tay of Burning Flame <烈火雄心> fame originally had a blissful family and pair of children. In 1995, he moved to Canada with his family when he felt his career had hit a bottleneck, working as a deejay for the first two years and heading back to Hong Kong for occasional filming. Despite his clean reputation, the actor had secretly cheated on his wife three to four times, leading to his wife Winsome eventually divorcing him.

With his popularity reaching an all-time high with the success of Burning Flame, Joe returned to Canada in hopes of salvaging his marriage. Nevertheless, his wife was firm in her decision. While he blamed himself and cried for two years, Joe’s children went to live with their mother.

Thankfully, his ex-wife and her second husband Peter allowed Joe to live nearby so he could visit his children often. Having been brought up well, his children continued to be close to him, while Peter and Joe even became good friends. His ex-wife said these words to him, “Remember this, even if you know and remarry another woman one day, your kids will always love you and forgive you. Secondly, I have also forgiven you. Thirdly, God has forgiven you, but you have to forgive yourself.” Her touching words made Joe extremely thankful for her magnanimity. 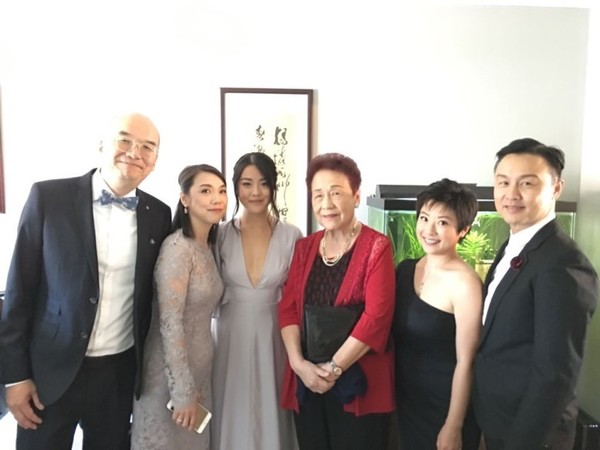 Joe’s ex-wife (second from left) has forgiven him for cheating.

Now 56 years old, Joe has restarted his career by returning to TVB in 2014. The actor has this to say to other men about temptation, “In this day and age I see many men fall into the trap. I hope they can see from my example, you think that by falling once it is over, but in fact it’s only the beginning. It ends only after you feel pained, scream until you get convulsions, and when you turn back, you’d have lost someone who loves you deeply, and lose precious time in your life. When you feel like doing what’s wrong, consider this and you won’t go wrong,” he cautioned.

Current Wife is 19 Years His Junior

In 2016, Joe married Angie, who is 19 years his junior, after less than a year of dating. Thereafter he seemed a changed man, and would often profess his love for his current wife publicly. “I feel deeply the love and care you shower me with, giving me chances for new experiences and learning opportunities, adding so much joy to my life. You are a gift from Heaven I thank God for. Although I always tell you how grateful I am that you’re my wife, you don’t seem to think it’s a great deal. I really want to tell you that every time I wake up I will look at you, it is so good to have you by my side!”

Chilam Cheung: “I Won’t Give in to Temptation and Risk My Family Life!”