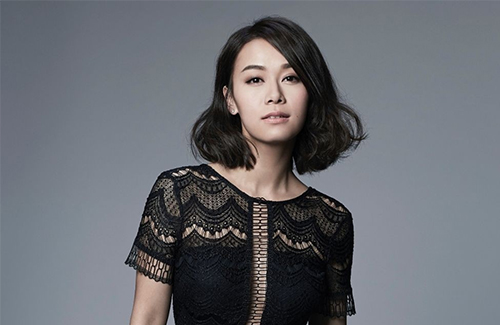 It was the end of a promising career for Jacqueline Wong (黃心穎) when her affair with the married Andy Hui (許志安) made the headlines in April. After apology statements from both parties—as well as statements from their respective partners Kenneth Ma (馬國明) and Sammi Cheng (鄭秀文)—the incident fizzled out with Andy taking a long hiatus and Jacqueline leaving Hong Kong for the states.

Though it’s already been a month since the incident, the consequences are still unfolding.

Image severely impacted by the scandal, Jacqueline was dropped by many endorsers. Public ads were removed, and commercial films were taken off air. Commercial films in the post-editing process had to halt production. It’s been reported that many of these endorsers are currently seeking compensation from Jacqueline, totaling over HK$10 million.

There’s also rumors that Jacqueline’s own agency, TVB, is seeking compensation from the fallen actress. Forensic Heroes IV <法證先鋒IV>, which Jacqueline was a part of, will be going through reshoots next month, and according to reports, TVB is seeking a compensation of HK$30 million from Jacqueline.

TVB executive Virginia Lok (樂易玲), however, has denied those rumors.

Surrounded by debt, there are reports that Jacqueline is considering bankruptcy.

On the other hand, the scandal’s other main lead Andy Hui is in a better financial situation. The singer originally had one concert and several other performance gigs with good friend Dicky Cheung (張衛健), but due to the scandal, Andy had to cancel all jobs for the remainder of the year. Fortunately, Dicky is able to replace Andy’s place.