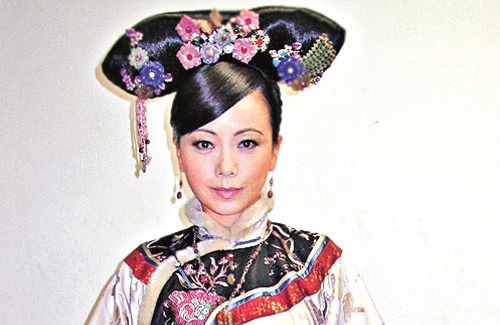 Even for a veteran actress like Sheren Tang (鄧萃雯), the hardships of filming may sometimes be too much, causing stress and emotional problems. Sheren admitted battling depression while filming Beauty at War <金枝慾孽-貳> last year.

March 2 marked Sheren’s 47th birthday. Instead of a wild party, she chose to spend a quiet day with close friends and family. On Sunday, reporters followed her from her apartment at Symphony Bay, Sai Kung to her church at Causeway Bay, and wished her a belated birthday after she got out of her car. She replied, “My birthday is over. Another birthday means another year older!”

Dressed solemnly in dark-colored clothing from head to toe, reporters asked if she is suffering from mood disorder. Sheren smiled and said, “It has been a while ago. Why did you only receive news now?” Continuing, she said, “I’ve not gone through anything like this before. But I’m much better now, thank you. ”

The Toll of Late Nights and Change of Scripts

Two-time TV Queen, Sheren revealed that the unplanned change of scripts as well as the overnight filming caused her undue stress while filming Beauty at War last year, leading to her mood disorders.

However, when filming wrapped up, Sheren felt the burden lifted and felt better almost immediately. Stressing that she has fully recovered now, she said she is ready to go back to work after a long break she has taken after filming Beauty at War. Sheren will be shuttling between filming in China and promoting Beauty at War in Hong Kong, since the drama is scheduled to be aired on April 22.

Always known to be curt to the media, Sheren asked reporters to leave her alone when she discovered that they had been following her all day, including waiting for her while she had a meal with fellow actress, Kelly Yao (姚煒). Sheren said, “I will have an evangelistic service where the reporters can raise their hands and ask me any question, including my boring life and why I used to always give a sour face to the media.” Not long after, she and Kelly went separate ways.

In other related news, Sheren’s ex-beau, Joe Tay (鄭敬基) is back in Hong Kong. Spotted in a café in Causeway Bay two nights ago, rumor has it that he wants to go back to acting again.

Last year was not the first time that Sheren had suffered extreme pressure while filming on set. Bowie Lam, who had partnered with Sheren in 2004’s War and Beauty, revealed that Sheren had cried on set once.

“Since the lines were very hard, with names of many Chinese herbs, we had more than 40 outtakes one time. One time, I watched a playback scene with Sheren, I heard her crying from afar. It turns out that she thinks that she did not act out the scene well enough.”

Since leaving TVB, Bowie has been filming in mainland China. Bowie revealed that he will be primarily filming movies this year.