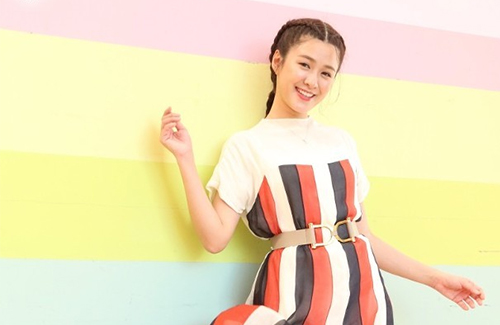 The 25-year-old experienced her darkest times when she became the female lead of a new kind of drama, the kind that could break families and send the paparazzi to a frenzy.

Pairing up with Vincent Wong (王浩信) for the TVB anniversary drama Fist Fight <兄弟>, Kaman Kong became the center of gossip when paparazzi reported that she was the third party coming in between Vincent’s marriage with Yoyo Chen (陳自瑤). Vincent and Yoyo have been married since 2011, and together they have one daughter. 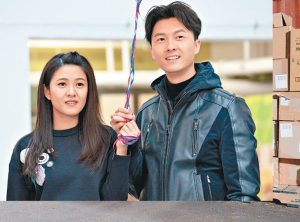 “I was very stressed,” she said. “That was my very first rumor. My first gossip report. Because it was my first one, I didn’t know how to handle it. I was scrambling for help. I didn’t know why I had that kind of news. I didn’t do anything out of the ordinary, yet those reports happened! My mentors told me that readers would only be interested in news if it’s juicy. They told me to just treat the news as a bit for a joke.”

Kaman admitted that she went through a mental breakdown, and for a period of time she was afraid to confide her emotions and feelings to other people. “If I talked to another guy, will they say that I’m trying to date him? If I talked to a girl, will they say that I like her? I was basically in a crazy mental state. I remember sharing on Instagram that I was very unhappy. It was to the point where I considered giving up this career.”

Her mind was in such a dark place that there was a moment when Kaman had actually considered suicide. “I thought about just jumping off a roof. And then everything would end.”

While Kaman had always been very open and straightforward with her thoughts and feelings on Instagram, she ironically did not share many of her struggles and vulnerability with her parents.

“When my mother asked me why it had to take Instagram for her to know why I was unhappy, that’s when I realized that I had neglected my family,” said Kaman, choking back tears. “Now, I’m opening up to them about everything. We have a family chat. Now, whenever I feel unhappy, I’ll tell them. At least, they now feel more prepared when they read gossip about me.”

Speaking about her starring role as one of the princesses in TVB’s Seven Princesses <七公主>, Kaman said, “I’m just happy that I still have work! My role is also a very challenging one, so I’m really thankful for this opportunity.”

A versatile actress, Kaman hopes to broaden her filmography with more variety. Learning new skills like sign language and taekwondo, Kaman hopes to stay competitive to attract more producers to cast her in new series.