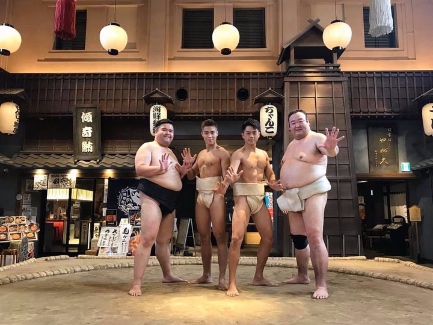 On November 21, Karl Ting (丁子朗), Mayanne Mak (麥美恩), and Sammy Leung (森美) attended the press conference for the latter’s travel program, Sammy on the Go <森美旅行團>. The third season will broadcast next week, and this time, the trio explored both Tokyo and Hakone in Japan. Like the previous season, 22-year-old Karl, who is a “secretly buff boy,” flexed his muscles on the show, and visited the hot springs with Sammy.

Although Karl was willing to give viewers some eye candy, he chose to wear underwear to the hot springs. “Fortunately, it wasn’t as embarrassing as last time,” he expressed. “The crew is the same as last season’s so everyone is close. Since we have already seen each other’s bodies, we can just take off our clothes, it’s nothing special.”

Still, he ended up accidentally exposing himself when he tried on sumo wrestling outfits with Sammy. Karl didn’t realize he flashed everyone until the director reminded him to be wary of a “big situation.”

“The material of the piece of cloth is very hard. Usually, a sumo wrestler can fill out the outfit, but I am too thin, so it was too loose on me. The piece of cloth kept moving around,” Karl explained.

He also pointed out that he had to spread his legs to get into the sumo-wrestling stance at the beginning of the shoot. “This pose will definitely reveal [your privates], so it needs to be tighter,” he said.

Since the show requires him to show off his fit body, he worked out before filming the program. Even so, he said he feels ashamed because he’s not as buff as last time.

Karl expressed he needs to eat more eggs to build more muscles. “I am too thin, I hope to be a bit bigger,” the young actor said. “I don’t think I have a selling point. For a newcomer, it is a blessing that people want to watch me take off my clothes. It’s great that the audience doesn’t think I’m ugly.”

He also addressed reports that his parents asked him to return to Canada to study. Karl explained they were initially worried about him, but fortunately, his development in Hong Kong has been good for the past two years, so his parents are beginning to feel relieved. 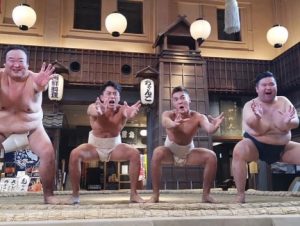 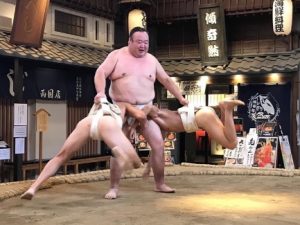 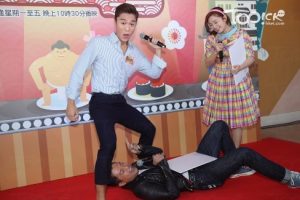