Katy Kung On the Rise 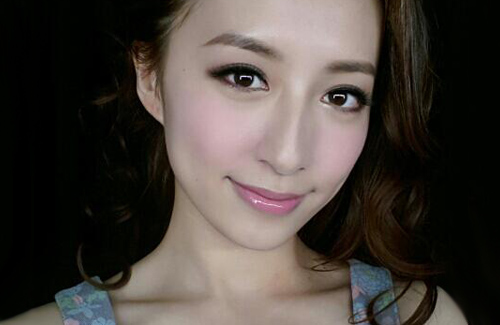 With over 20 films and television dramas already under her belt, it is hard to imagine that Katy Kung (龔嘉欣) is only 23 years old. The young TVB starlet began her entertainment career as a model when she was 16 years old, and had briefly worked as an i-Cable television presenter for two years. In 2008, Katy made the life-changing decision of joining TVB, making her acting debut in the idol drama, Dressage to Win <盛裝舞步愛作戰>.

“I never thought about pursuing a career in the entertainment industry,” said Katy. “I grew up believing that I would eventually become a kindergarten teacher. I really like kids.”

Katy was introduced to the entertainment industry after auditioning for a modeling agency in 2006. “A friend brought me to a modeling audition, and that was how I got selected. Haha, it’s very cheesy story, but that’s the truth. That was how I joined the entertainment industry. I tagged along a bunch of my friends who decided to audition together. I really didn’t expect to get selected.”

In an industry where older actors and mature actresses dominate the market, it is surprising to find out that Katy is only 23 years old. An even more fascinating discovery is that the youthful and carefree Katy is better known for her rebellious, headstrong, and mature female roles, rather than being known for roles that conform to her true age.

Katy’s first notable role was in 2011’s Bottled Passion <我的如意狼君>, portraying the rebellious and spoiled Ko Yee Nga. Although Bottled Passion was widely regarded as one of Katy’s best works, Katy is best known for her role as Vicky in 2012’s Gloves Come Off <拳王>. Vicky was cunning, crazy, and the mistress of Raymond Wong’s (黃浩然) character, Dee. “When the drama aired, I received hundreds of comments on my Weibo per day. Many commented how much they hated my character. I was very, very happy at how much feedback I was getting for the role. I literally sat there for hours to read all the comments. It was amazing.”

With Vicky leaving such lasting impressions on the audience, was Katy afraid that she would be typecast as a villain or homewrecker? “Not really. The audience will eventually figure out that it is just a character, and not who I really am. I’ve portrayed many goody-two-shoes in the past, so it is fun to play a villain once in a while.”

Nine years ago, Katy was one of us – sipping through some tea and chewing through some late-night snacks as she tuned in to watch 2004’s critically acclaimed War and Beauty <金枝慾孽>. Who would ever know that Katy would eventually become part of its crew years later?

“I was in shock for a long time when I got the casting notice. I just couldn’t believe it!”

Katy stars as Muk Doh Yee, the head palace maid for the Empress, in Beauty at War <金枝慾孽貳>, the sequel to War and Beauty.  “To say that I didn’t have pressure working in the drama is a big lie. Of course, I was stressed. To be able to work with so many seniors and veteran actors in the industry is a rare opportunity, and I could not let my performance suffer. No one gave me pressure – I just had very high expectations of myself.”

To prepare for her role, Katy brushed through mainland Chinese palace dramas and watched War and Beauty in detail. “Palace dramas are a completely different genre. Not only do we have to memorize a lot of dialogue, we also have to relearn all of our postures, expressions, and etiquette.”

What was Katy’s most memorable moment while shooting for Beauty at War? Katy immediately laughed. “We had to film a raining scene indoors, but the plumbing system stopped working, so the entire studio floor was flooded. The funniest thing is that all of us, actors and crew members alike, had to come together to collect the water with buckets. It took over two hours to clean out the floor. We wanted to get our work done as soon as possible, so we had great team spirit!”

At just 23 years old, Katy’s future is long and bright. With the proper training and a suitable amount of luck, Katy may become one of TVB’s top fadans in a short time.

38 comments to Katy Kung On the Rise