Kelly Cheung and Vincent Wong Dance in the Rain 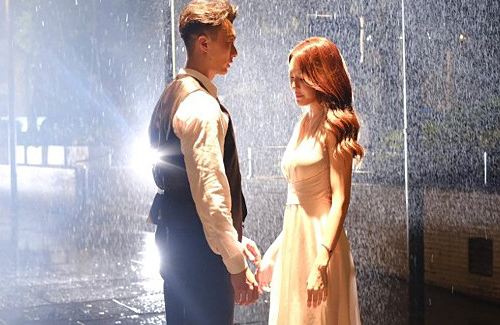 Kelly and Vincent film in the Central district for the legal drama.

Kelly Cheung (張曦雯) and Vincent Wong (王浩信) have been busy filming for Legal Mavericks 2 (踩過界 2). Resuming his role as a blind lawyer, Vincent danced in the rain with Kelly, who led the dance moves. Kelly wore a thin, white chiffon dress and looked very elegant. The scene talks about them having a drink, talking, and then dancing in the rain. 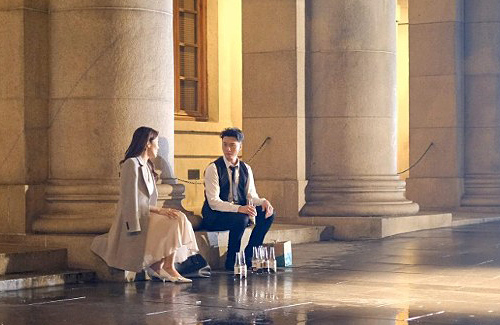 Though romantic, the dancing scene was very complicated as Vincent had to lift Kelly up and there were high kicks as well. Rehearsing with Vincent for two hours in the studio, Kelly also practiced for an extra half hour with the dance instructor beforehand to ensure a beautiful outcome. “It was more difficult than in the studio because I had to wear high heels and the road was a little steep, so we had to film many takes.” 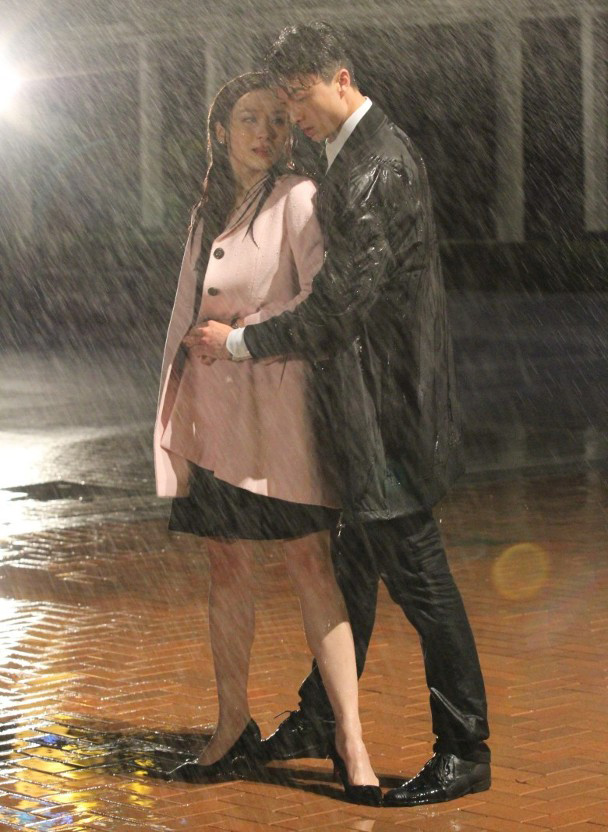 In the previous installment, Vincent also had a scene where he danced in the rain with Ali Lee (李佳芯). At the time of filming, it was extremely cold. When asked which of the dances was more strenuous for him, Vincent replied, “When I filmed with Ali, it was only 7 degrees Celsius; tonight it is 17 degrees. The rain is also not as strong as that year, so it is definitely more comfortable this time. As well, Kelly is the one leading me in the dance and we have practiced beforehand so my part isn’t too hard.”

The weather has been unstable the past few days, seeming to not be able to make up its mind on whether it is winter or summer. Kelly commented, “We’re pretty lucky that it wasn’t too cold when we filmed. I inserted a few hot packs inside my clothing and after every shot, workers would hand us towels to dry off. Maybe because I was dancing, I was actually quite warm.”