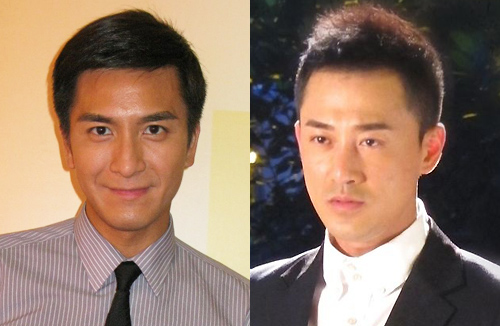 TVB series, Triumph in the Skies <衝上雲霄> and The Four <少年四大名捕> made Kenneth Ma (馬國明), Raymond Lam (林峯), Bosco Wong (黃宗澤) and Ron Ng (吳卓羲) who were then newcomers more prominent. Unlike his costars who have already filmed Chinese dramas and released music albums, Kenneth has only tasted success in recent years.

Although his colleagues are many steps ahead of him, Kenneth counts himself lucky already. “Most of the students from the same acting class have left the industry. There is only one or two still waiting for an opportunity. How can I say that I am not lucky? I only acted in cameo roles in the first three years of entering the industry. After that, I was able to film Triumph in the Skies. My mentality is like a ‘half a cup of water.’ Isn’t it good enough that I still have half a cup of water?”

Kenneth Does Not Compare to Raymond Lam

Regarding Raymond Lam, who has carved out his singing and filming career, Kenneth said, “I never thought of competing and comparing with anyone. If I have to be jealous, I may as well be jealous of the English soccer players! They can play soccer while earning a million bucks!”

Kenneth further added, “Am I envious of Raymond? Depends on how you see it. Raymond likes singing, but I do not like to be a singer. Everyone says Raymond is being heavily promoted because of his social skills. I am not good at socializing. Everyone has a different path. If you want me to entertain you, I’ll rather die!”

Speaking about his costar in Three Kingdoms RPG <回到三国>, Kenneth said, “Raymond is indeed heavily promoted. The company sees something he possesses which I do not have. So we can’t say that the company is bias.”

As Kenneth is busy filming TVB dramas, the company has rejected three to four mainland Chinese dramas for him. Revealing that he also wished to earn more income in China, Kenneth said, “Who does not wish to film Chinese dramas and make more money? It’s useless to compete in the company. To be frank, if the company has more actors, you are able to head to China to earn the extra money. Who will want to stay in the company’s studio to film for 365 days? ”

Kenneth won the Most Improved Actor award at the 2006 TVB Anniversary Awards. Candidly stating that her prefers monetary rewards instead, Kenneth said, “I would rather have cash. The award is only meant as an encouragement. Do you swallow the trophy when you are hungry? The basic living has to be maintained, if not we can’t talk about any ambitions!”

When asked if winning the favors of management executives will help in winning the awards, Kenneth replied, “To be frank, everyone has their favourite artist. There is a saying which makes sense, ‘It’s not how much capability you have, but how much capability your boss thinks you have.’ My relationships with my superiors are okay, but it is definitely not the best compared to others.”

86 comments to Kenneth Ma: “I Am Not Like Raymond Lam!”