Kenneth Ma, Mandy Wong Too Scared to Watch Their Own Drama 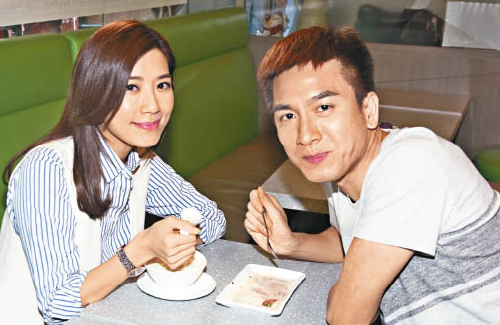 While TVB stars are used to their strenuous long working hours, The Demon-Conquering Taxi has been particularly difficult to film. “Most of the story takes place at night,” said Moon. “And the filming schedules are tight too.” Asking if she has had any strange encounters during filming, Moon said, “We’ve been shooting every night. I really don’t want to become a night ghost, and I definitely don’t want to come across one!”

Kenneth said the cast have already completed their “safety precautions” by diligently praying and paying respects to the gods during the blessing ceremony. Kenneth, who stars as the titular protagonist on the show, recalled one particularly scene that genuinely frightened him. “We filmed a scene where a doll moved on its own. I was genuinely freaked out after watching the playback!”

Mandy shared that she couldn’t fall asleep when she first read the script for The Demon-Conquering Taxi. “This is my first time filming a horror drama,” said Mandy. “It’s actually a lot more frightening than I thought.” The actress said they have just a shot a scene at a location that was reminiscent of a haunted house, as many actors had on frightening special effects makeup. “Though I do like going through haunted houses, I am scared of them. When I was younger, I used to get cold sweats by just thinking about it. After filming that scene, I couldn’t fall asleep.”

On the show Kenneth, a taxi driver, and Mandy, a doctor, will have a romantic storyline, but because of their socioeconomic differences, Kenneth does not pursue her.

Asking Kenneth if socioeconomic differences would also impact his decision on who to date, Kenneth said, “No, but I think girls would mind it more. After all, you’d want to marry a man who can take care of you. I’m not saying that they’re greedy and vain. It’s the same thing to why guys like to get together with a woman who has a great body!”

4 comments to Kenneth Ma, Mandy Wong Too Scared to Watch Their Own Drama