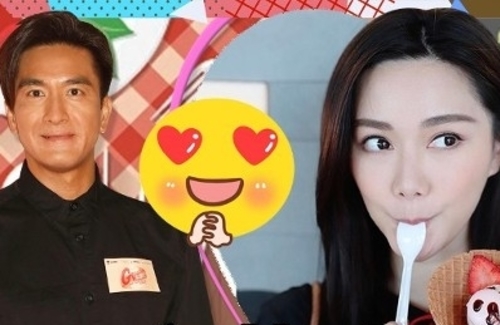 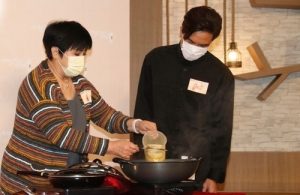 In a press conference for the upcoming cooking show, Gigi’s Tasteful Kitchen Season 2 < Gi味俱全2>, host Gigi Wong (黃淑儀) invited her on-screen son Kenneth Ma (馬國明) from The Hippocratic Crush <On Call 36小時> to join her on stage. The variety cooking series will have 48 episodes, featuring new dishes that Gigi created with sponsored products. Given that Kenneth can only cook simple dishes, he hopes to take this opportunity to learn from his on-screen mother.

When reporters asked Kenneth if he ever cooked for his girlfriend, Roxanne Tong (湯洛雯), he smiled and replied, “If I cook, I have to cook for my mom first because even she hasn’t tried my cooking before. I have always lived with my mother, so I rarely go into the kitchen.”

The actor added that he cooked steak with Roxanne before. “She only knows how to make simple dishes too. Girls get extra points if they can cook,” he said. 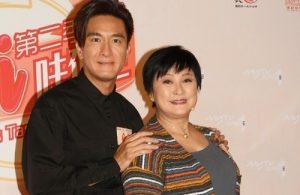 Gigi shared that she always tells the students in her cooking class that girls only need to know how to cook three dishes, which are perfect for various special occasions. She said, “When you cook every day, you don’t cherish it as much because there is no purpose. However, passion should always come first in cooking.”

Reporters also took the chance to ask whether Gigi would pay her friend William Tang (鄧達智) a visit since he returned home after recovering from COVID-19. As Gigi had a dinner meeting with him earlier this year, she also took the test for peace of mind. Gigi said she would not visit him because he lives very far. “I will just give him a call to send my regards,” she expressed.

1 comment to Kenneth Ma on Cooking for Roxanne Tong