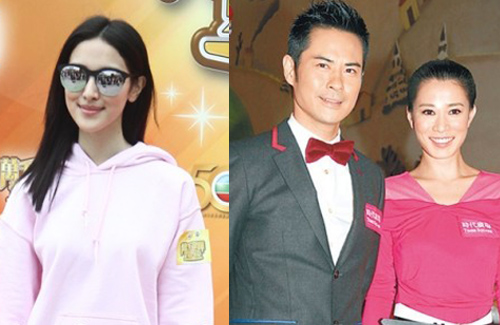 Since his debut in 1993, Kevin Cheng (鄭嘉穎) has persisted through the Hong Kong entertainment industry, dabbling in both singing and acting. Although he has received the TVB Best Actor award twice, his success peaked after the broadcast of Mainland China’s Scarlet Heart <步步惊心>. Not only has he been fortunate in his career, the 47-year-old has also been lucky in love. Dating 25-year-old Miss Hong Kong winner Grace Chan (陳凱琳) for nearly two years now, Kevin is reportedly eager to take their relationship to the next stage. Purchasing a new luxury apartment recently, Kevin may be getting ready for marriage.

Through a search in the registry, reports surfaced that Kevin recently purchased a $20 million HKD apartment over 1,000 square feet in size in the Ho Man Tin district. Could this be a sign that wedding bells are just around the corner? When contacted, Kevin confirmed that he did indeed purchase the unit as reported, but explained that it was for investment purposes.

New Home is in the Same Building as Charmaine Sheh

It turns out that Kevin’s new home is located inside the same residential complex as ex-flame Charmaine Sheh‘s (佘詩曼) condo. When Grace was asked if she minds that Kevin and Charmaine are owners at the same condo development, Grace said, “No, I hope that both of them made a good investment choice. I’m not familiar with real estate investments, so I need to ask others.” Grace added that Kevin is a very careful investor and will find out all the details beforehand.

When asked to comment about Jinny Ng‘s (吳若希) reported pregnancy, Grace said, “I’m not sure as this is her private matter.” Asked if Grace can accept getting pregnant before marriage, Grace said, “I personally would not do it. I would like to get married first. But each person has a different perspective, which I will respect.”
Sources: On.cc [1, 2]
This article is written by Huynh for JayneStars.com.