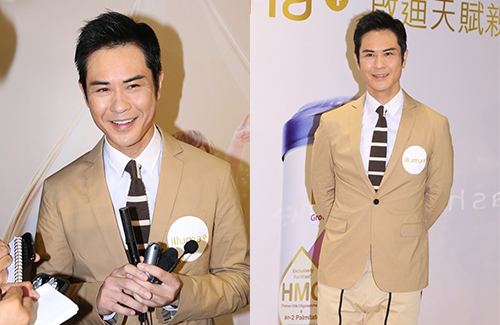 Attending an event for a milk formula brand, Kevin Cheng (鄭嘉穎) told the press that he feels like he’s been upgraded. “Usually it’s Moses Chan (陳豪) who would do these kind of things,” he said. “I have to thank my son for getting me new jobs!”

Kevin and his wife Grace Chan (陳凱琳) welcomed their son Rafael Cheng (鄭承悦) in February 2019. Having just celebrated his son’s one hundred days of birth, Kevin said becoming a father has been the biggest milestone of his career. “I was very independent-minded when I was still single, but after marriage, my family came first. Now my son comes first. My wife can take a step back,” he joked.

Turning down multiple jobs—including lucrative Chinese drama offers—in order to spend more time with family, Kevin said he is grateful that he now has the ability to choose his projects, saying, “That wouldn’t have been possible ten years ago.” 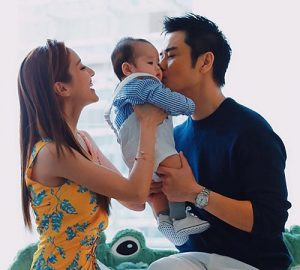 Joking that his current full-time job is to be his son’s caretaker, Kevin will not be taking any jobs that require him to be out of town for long periods of time, as he does not want his son to forget him.

“The first thing I do after I wake up every morning is to look at the baby. His looks will change everyday,” said Kevin. “I don’t want to miss any of it.”

Though Kevin may have said that his wife has to “a step back” in his life now, Kevin clarified that she will always be his most loved. “Right now, our son requires our full attention, so of course everyone else has to take a step back. If we have a second child, then he will have to take a step back. Of course, in the end, I will love my wife the most. When our children grow old, they will move on. In the end, the person by my side will be my wife.”