Kevin Cheng Thinks His Son is an “Emperor” 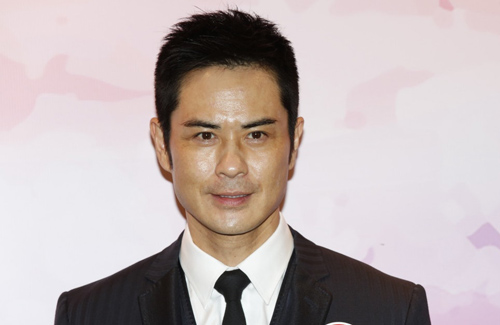 Ever since the arrival of Kevin Cheng (鄭嘉穎) and Grace Chan’s (陳凱琳) son Rafael, the new parents have been extremely busy taking care of their bundle of joy. Even though the couple has a few postpartum helpers, Rafael appears to be a handful for Kevin and Grace.

While attending a dinner, Kevin was interviewed by the media and was asked about his experience taking care of his son, who is almost two months old. Kevin shared that his son has not weaned from night feeding and he would wake up every few hours for milk, “Fortunately, we have a helper at night and we can sleep a bit. However, it is tiring for my wife as she needs to pump milk. Despite this, I still cherish this time. The baby is growing so fast and I am taking easier work to have time for the baby. I am enjoying things.”

Kevin also revealed that his son has a bad habit of asking to be held 24 hours per day, “As soon as he is put to bed, he would cry.” The media joked that Kevin became a servant for his son, and Kevin can only laugh, “There is nothing we can do and that’s why we call him an emperor.”

In addition to being treated like an emperor, Rafael has a lineup of people asking to be his godparent. Kevin admitted that his entertainment friends wanted to take on the role, “We are selective [in choosing the godparents]. It is first come first served, so we don’t select everyone. There can only be one godfather and one godmother. Ben Wong (黃智賢) and his wife have already taken these roles!”

27 comments to Kevin Cheng Thinks His Son is an “Emperor”