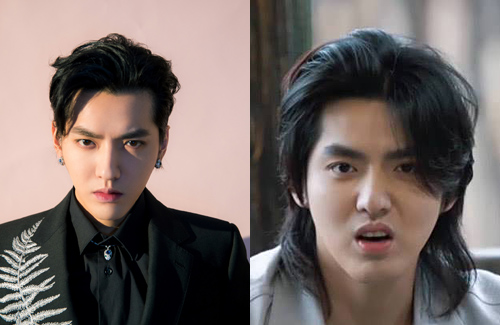 In July, Chinese idol Kris Wu (吳亦凡) faced criticism over his weight gain. Being an idol who often trends because of his fashion and good looks, many were surprised that Kris was tagged for his weight gain and got comments that he resembled Hong Kong actor Bobby Yip’s (八両金) son.

Kris didn’t provided a reason for his sudden weight gain at the time, but stated he was trying to lose weight. Fast forward to three months later, he appears to have successfully slimmed down based on a disciplined diet.

When approached to respond on this matter, Kris revealed, “There was a period when my weight gain was hotly discussed. I am very well aware of its cause. It’s because I was staying long periods in the recording studio, and as you know what can happen in a studio. We would just eat what’s often referred to as junk food for the sake of convenience, so unknowingly I just…” Kris laughed.

He also expressed that even his friends around him couldn’t tell he had gained weight. He shared that he once met Will Pan (潘玮柏) at the studio, and purposely asked him, “People outside are all saying I’ve gotten fat. Do you also think the same?” Will replied, “No, I think you’re quite skinny.”

This failure to notice is most likely because people around Kris would always see him but couldn’t notice any changes. Nevertheless, to stop people talking, Kris is still in the process of controlling his diet and refrains from eating main meals. He has been replacing it with eggs and only drinking water and juice to satisfy his hunger, and also exercises regularly to keep fit.

3 comments to Kris Wu Reveals Why He Gained Weight