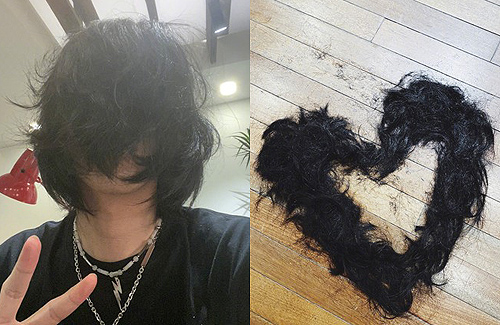 Kris’ exchanged his overgrown tresses for a futuristic green hairdo which got fans raving.

Chinese singer-actor Kris Wu (吳亦凡) has always been known for his trendsetting image. Having grown out his tresses and maintained shoulder-length hair for about six months, he updated a photo of himself undergoing a haircut as a teaser and declared that he would adopt “a brand new hairstyle”. After staying silent for three days on social media, the idol finally revealed his new look – a clean sleek new short hairdo dyed a vibrant green, which left fans thrilled.

On July 20, the 29-year-old posted a Weibo update of his messy, wavy hair pre-haircut, which was long enough to cover his entire face. He posed a question to fans, asking “What will Kris Wu look like after his haircut…?” After cutting off his long hair, he posed another shot of himself taken from the back, and also arranged his fallen tresses on the ground into a visible heart shape, along with a cryptic caption to let his fans’ imagination run wild instead of directly disclosing his new look. 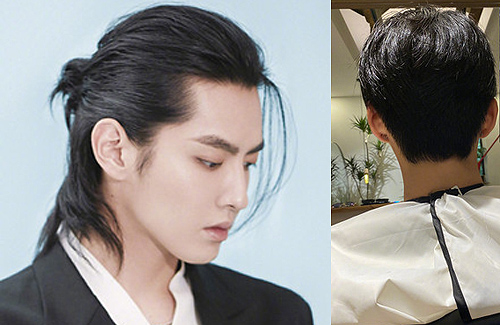 The star’s management studio also played along in hyping up the suspense, announcing “It’s been a long wait, Fan Fan Zi [Kris’ nickname] said that he would reveal his look after two days when it’s set in– everyone can exercise their own imagination in the meantime.” However, it would be a three-day-wait before both Kris and his studio posed a new photo and revealed his green-hued hairdo. 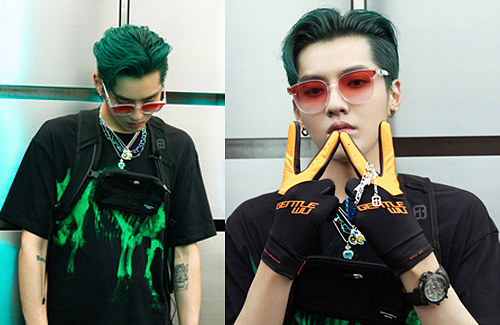 Although a day late in his image reveal, Kris’ hairstyle was very well-received as his sleek green combed-back hair paired well with his trendy shades to create a futuristic fashion statement. Leaving positive comments such as “Fan Fan Zi is too cool” and “Only Kris Wu can outshine the Kris Wu from one second ago,” fans begged the idol to post more selfies to satisfy them. 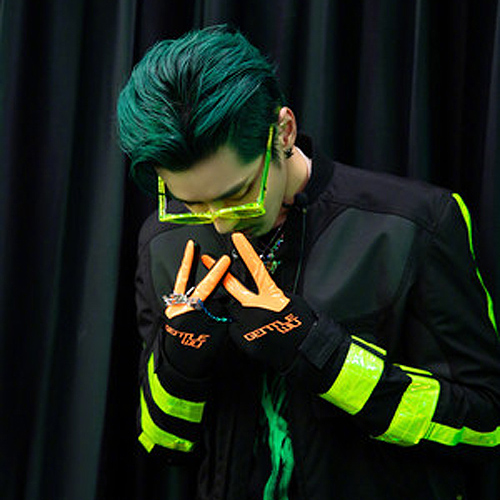