TV queen Kristal Tin (田蕊妮) returned to the music scene last year with songs from her soon-to-be-released album, Saturnian, which took a whole year to prepare. Since it’s her first album in four years, the 41-year-old went all out by going nude for the album cover last September. She used purple body paint to write the words “anger,” “jealousy,” “passion,” and “relax” – representing the themes of the new album – on her body. However, the nude photos did not stop there.

Before shooting Kristal with the body paint, the photographer saw her fit figure and suggested her to shoot some nude photos in black and white. The impromptu photo session resulted in some very sexy but artistic images – some showed her kneeling and squatting, using her arms and legs to cover the sensitive body parts, and in others she was hiding behind black cloth, revealing her long legs.

“The black and white series was originally shot for fun, it wasn’t supposed to be published, but the results were really good, so they’ll be added to the album,” Kristal shared. “I didn’t feel embarrassed because the female photographer was also my friend.”

She revealed her husband Chapman To (杜汶澤) was originally supposed to be the photographer, but he was too busy. However, he did praise the photos as beautiful. When asked if she will ask Chapman to help her shoot more of these photos, she expressed she does not have plans to shoot additional photos. Moreover, she shot the pictures, not for the sake of being nude, but because she wanted to showcase her true self, carrying her 40 years of accumulated experiences.

The album includes songs “Half the Path” <半段路> sending a message about life, “The Two of Us” <兩口子> regarding her marriage with Chapman, and “Dearest” <最親> is dedicated to her late mother. While she wrote down her feelings for the songs, she said being a composer and lyricist is too difficult, thus she will focus on singing well and hopes she can hold a concert. The executive director of her record company said, “Kristal is our company’s number one sister, we invested seven figures into the album, and in the near future, we will help her hold a concert.” 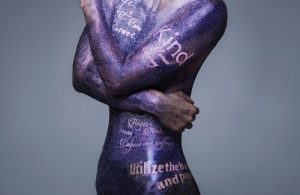 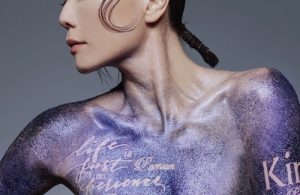 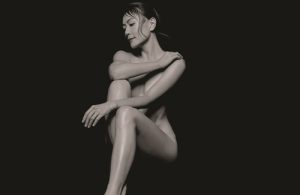 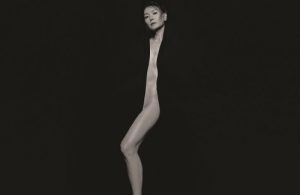